It's all love as Berita releases new song 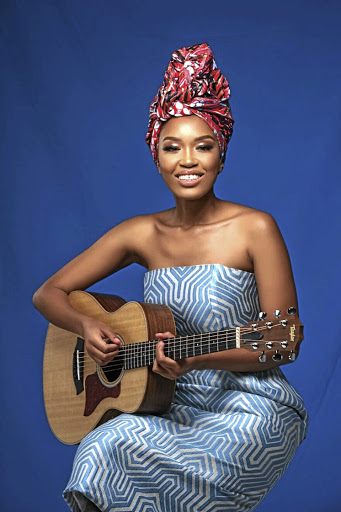 Afrosoul songstress Berita is back to serenade with her soulful voice./Supplied

Afrosoul goddess Berita is back and she has gone independent.

"It was important for me going forward that people can relate to my music and whatever memories they are creating in their life I can provide the soundtrack to that," she says.

Throughout her seven-year music career, Berita has released three great albums - Songs of Empowerment, Conquering Spirit and her 2017 self-titled offering.

"The only way to conquer is to act. I believe that whenever you have an idea don't wait," she says.

"I have worked with different record companies that I respect and I'm so grateful for the opportunities that I got.

"When I took my break I looked at my music and the impact I have made.

"I made the decision that going forward I needed to own my music. I realised as a young woman I needed to know more about the business side and get my hands dirty."

"Women are very important and central to my life, from my grandmothers to my mom," she says.

She regarded Mtukudzi as a father figure.

"Until this day I'm still trying to grapple with the feeling of his passing. I spent a lot of time with him on and off the road. He was like a father to me," she says.

"I remember the first time I performed with him on stage and I messed up the song. When I was apologising to him he said 'my daughter, it's our song no one will know, we can play it the way we want'."

Recalling her final memory of Mtukudzi when they performed in Botswana last October she says: "I checked-in my guitar at the airport, but all the bags came and it was nowhere to be found.

"He said 'OK, I'm going to go all over the airport looking for my daughter's guitar; if no one tells me where it is they are in serious trouble'.

For now Berita wants to focus on the single, with no plans of releasing a new album.

While many were celebrating the fruitful career of late world music star Oliver Mtukudzi, it was an emotional moment for his daughters. Mtukudzi's ...
Entertainment
3 years ago

In celebrating the life of deceased world music star Oliver "Tuku" Mtukudzi, a memorial service has been planned for Tuesday, February 5. The ...
Entertainment
3 years ago
Next Article