Ntando has 'a renewed appreciation for life' after car accident 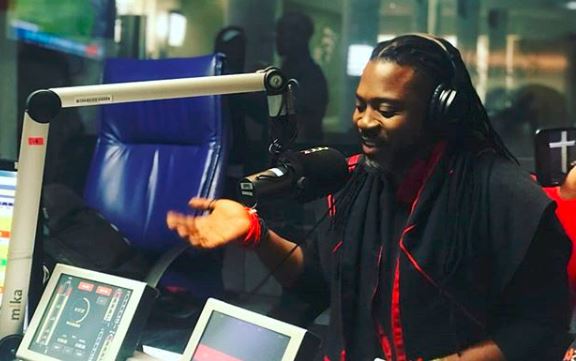 Musician Ntando Bangani said he's grateful to be alive after a car accident that wrecked his car.
Image: Instagram/Ntando bangani

Musician Ntando Bangani's appreciation of life has been renewed after he was involved in a car crash that left his car as a write-off and one that could have been way worse for him.

Speaking to our sister publication TshisaLIVE just days after the accident, Ntando said he was grateful to have survived with no major injuries or broken bones. He said he was only left shaken and more appreciative to be alive.

"The accident was quite bad, it shocked me. The impact was significant to the extent of airbags coming out and all that. The car is a write-off."

He said both he and the other party were grateful to have escaped the unfortunate event with shock but not horrific injuries or loss of life.

"I am home most of the time, trying to ensure that I fully recover, but I am fine. There are no broken bones or things like that. It's just the shock of it all that I'm dealing with. I don't feel quite like myself. I don't know how to explain it, but it really does make you appreciate life being alive. Because one second I was just driving going to studio and minding my own business and the next second, out of nowhere there was this big bang that could have ended my life."

Khama Billiat has no scars or injuries fitness-wise after a car accident in Johannesburg on Sunday‚ and is available for selection for Kaizer Chiefs ...
Sport
2 years ago

"Now as I sit here looking at my son, like woah, I could have died. To think I would have missed these moments like being with my family. It really does open your eyes. I have a renewed appreciation for life."

He explained what happened.

"I was approaching a traffic light and mine was green so I drove on naturally. Then a lady coming from my right side also continued to drive on despite her light being red. She didn't attempt to stop but after we collided she explained that her brakes failed to engage."

Ntando has been in studio cooking up new music and his latest single Nono has also been receiving major love from his fans. Something he said he also didn't take for granted.

Listen to him perform the track below.