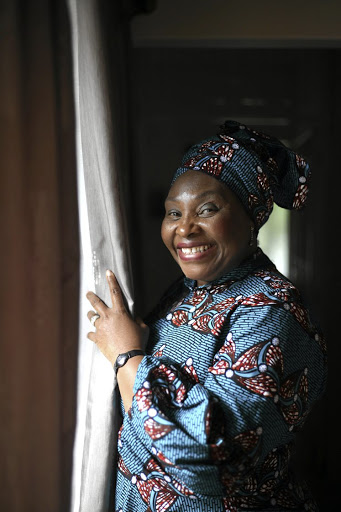 Renowned singer, songwriter and actress Yvonne Chaka Chaka will be awarded the Order of Ikhamanga in silver this week./ Alaister Russell

Multi award-winning singer Yvonne Chaka Chaka believes that being awarded a national order is one of the biggest accolades in her career.

The United Nations Goodwill ambassador will be among dozens of South Africans to be honoured by President Cyril Ramaphosa this week at the National Orders Awards in Pretoria.

The Princess of Africa, as she's affectionately known, said she felt "honoured and humbled" to be recognised by Ramaphosa.

She said she has received many awards from many countries, including Forbes magazine, in her career spanning over 34 years. However, this one "meant a lot".

"It means your country loves you and appreciate your work," Chaka Chaka said.

Chaka Chaka, 54, said she was now contemplating building a special place for all the accolades she has been awarded over the years.

"I have this big keyboard where I keep all my awards... maybe I should consider building a room where I keep them," she said.

The singer, who was currently busy shooting for a new Xitsonga drama series Giyani, said the older she gets, the more easier it was to be in the demanding entertainment industry.

Yvonne Chaka Chaka on success of Giyani: Land of Blood - It's time to put Xitsonga on the map

"We have seen so many Afrikaans shows and English shows, and even Zulu shows, but I think we are getting to a point where we are accepting ourselves ...
Lifestyle
3 years ago

"I now choose what I want to do. I don't need to prove anything to anyone... even though I still learn a lot," Chaka Chaka said.

She said working on Giyani meant waking up at 4am on some days.

"I still love and respect what I do, I don't take it for granted," she said.

Legendary actress Nomhle Nkonyeni, 77, from New Brighton in Port Elizabeth, will also be honoured with the Order of Ikhamanga in silver.

"I am looking forward to it. I don't want to blame other presidents, maybe they didn't know about me... it's long overdue," she said.

Nkonyeni said she dedicated the accolade to the people of New Brighton, who "made me who I am because of the support they gave me".