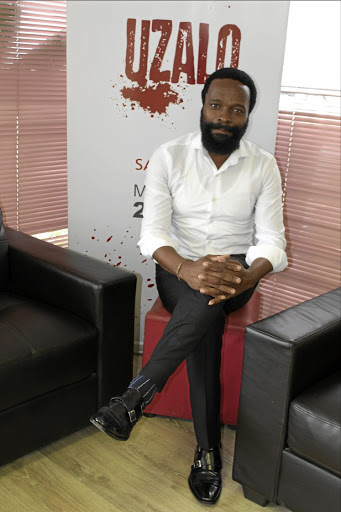 For Isibaya actor Sibonile Ngubane, patience has finally paid off.

Ngubane, who spent 26 years acting in stage productions, has landed a role in the SABC1 soapie Uzalo. The 47-year-old was recently introduced to Isibaya fans as Mbovu, the acting chief of eMabovini.

In Uzalo, Ngubane will portray the role of businessman Khathazamanyamadoda Khanyile, a bitter man driven by vengeance.

The introduction of the new character is set to cause probl ems for Nkunzebovu Mhlongo, the glorified thug played by Masoja Msiza.

"Kathaza will be introduced together with his sister. He is a businessman who manufactures and sells coffins," said Ngubane. "He has a history with Nkunzi, and now he's back for revenge for what he did to his family."

Speaking to Sowetan, Ngubane said getting the role showed that he impressed in his debut role in Isibaya.

"First of all, I am happy to have landed the role in the show because it has allowed me to be with my family. What excites me more is that every day I go to work and come back home.

Ngubane explained that portraying the role of Khathaza is challenging because he has to portray someone who has both a soft and darker side at the same time. Not only is he an actor, but he is a drummer and percussionist who spent many years working with Mbongeni Ngema in productions such as Sarafina!, Lion of East, and Bambatha.

He has also played for musicians like Ringo Madlingozi.