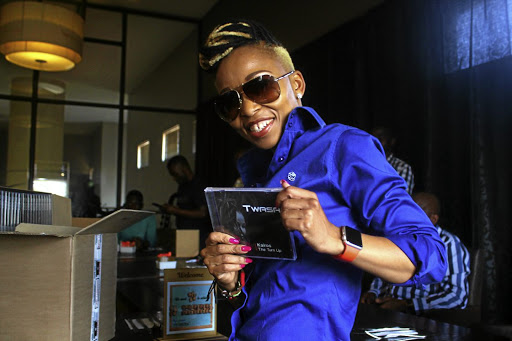 But it was a bittersweet moment for the 40-year-old as she couldn't attend the awards at Sandton Convention Centre after her father died last week following a long battle with cancer. It's Seoke's first radio award in her 19-year career. She won for her Lesedi FM's Monate Breakfast Show.

"My dad passed away a happy man. He has been ill for a long time. Our hearts are sad, we are going to miss him, but we realise he's also resting," Seoke poured her heart out.

"My mom died when I was eight years old and the privilege to then have lived with my dad for the past 32 years is such a gift for the family. My stepmother is such an incredible person. I'm so elated about this win. I told the team when we started last year April that we are an award-winning programme. I'm amazed at God. This is my first radio win and I'm over the moon,"

Robert Marawa was the top winner of the night at the coveted radio awards.

Although he was not there to accept his awards, his longtime producer Beverly Maphangwa, looking fiery in red, was there to represent. 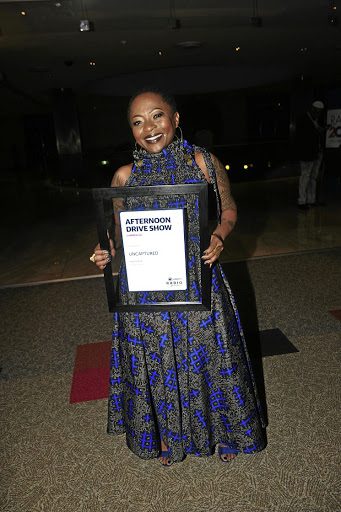 "We did it. I'm grateful for being recognised for the work that we do - all the dedication and challenges that we face," Maphangwa told Sowetan.

"It means that what we do hasn't gone unnoticed. No matter the challenges we always come on top."

Taking to Twitter after his win, Marawa wrote: "God is great. Back for only eight months on radio. You are the bosses who listen to the show [and] have been my strength."

"As a woman that's a feminist and have alternative points of view that might not necessarily be popular, I will urge all radio managers to really support feminists and investing in women that are feminists because we have something to say and the world needs us," Matsunyane said.

Another honourable win was Radio 2000's The Glenzito Drive with Glen Lewis.