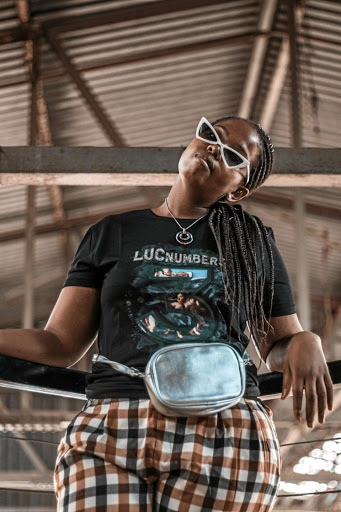 Sibongile Tshabalala has slammed open the doors into rap.

A music genre notorious for being a boys club with a sprinkle of female talent can be daunting for a sweet-faced 24-year-old from Vanderbijlpark, but not Tshabalala, who goes as Sibi in the game.

She actually has a bite and drops bars like no other, forcing even her fiercest critics to sit up and notice.

After dominating the rap scene in the Vaal, Sibi is ready to take on the very best in the land, and her latest single, Chill Out, could just do the trick.

She says the song is about being in a "situationship" as opposed to a relationship, and cutting off a lover to pursue bigger dreams.

Inspired by real-life events, putting the thoughts into music has proven to be cathartic for her.

"I'm empathetic by nature, so I tend to carry a lot of weight from what my friends share with me, so music is the perfect platform to release the negative energy," says Sibi, noting that she always knew she would make music.

However, she only took her passion seriously when she was 15 years old. Her parents had insisted that she gets educated first, and now she holds a degree in marketing from Boston College.

After hopping from one studio to another (without finding any joy), Sibi has now decided to strike it out on her own, and the industry has been receptive, with the hip hop awards recognising her as one of rising stars to look out for this year.

"I believe in myself. I can put on a show and leave everybody's mouth on the floor," she says.

"All [that] I wish for myself is growth, sustainability and superstardom."

Sibi says she looks up to female figures such as Manthe Ribane for her performance, Rouge as a brand and Gigi Lamayne for crossing over from the battle background to mainstream.

Spotted a couple of weeks ago, the romance between rapper Tellaman and actress  Nandi   Mbatha  continues to burn.
Shwashwi
3 years ago

Best in the game

Rouge  dropped a hot freestyle.
Shwashwi
3 years ago
Next Article