White privilege: how athletes, musicians & celebs are owning it 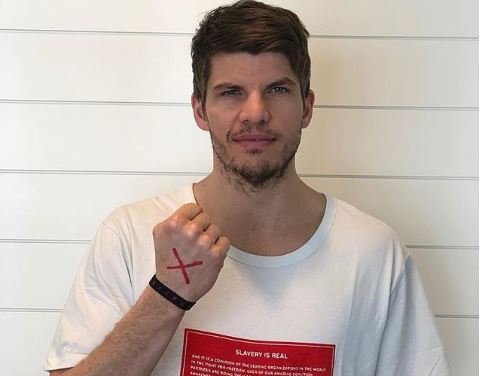 US athlete Kyle Korver is the latest celebrity to speak on white privilege.
Image: Instagram/Kyle Korver

Privilege and the role it plays in our lives is becoming a daily conversation. In an attempt to break stigmas around historical benefits or downsides of skin colour, more and more public figures are opening up about their experiences.

Recently US athlete Kyle Korver spoke about how he was privileged and only recently realised it.

In an open letter on The Players Tribune, which has been widely shared, Korver said that white people had a responsibility to speak up and stop toxic conversations that may happen in the homes of white people.

Korver said that the realisation that inequality between black and white people exists did not happen overnight, but he had to open himself up to learning.

His position is not unique. Here are four other people who have used their positions in the public eye to speak out about their experiences.

SA musician Danny K dominated news headlines and conversations on Twitter after he took to the platform to say that not enough white people call out racism, saying "we can no longer be silent". He said he would not tolerate any form of hate speech or discrimination. His comments were met with fierce debate, with some saying he had not done much to give back and what use was acknowledgement if nothing was done to help. Others applauded him for taking a stand.

US actress Amy Schumer distanced herself from the 2018 Super Bowl in a show of support for Colin Kaepernick. Kaepernick accused the NFL of colluding to oust him from the league after he refused to stand during the national anthem at games. It was his show of solidarity against racial injustice in the country. Schumer refused to take part in the halftime show and urged musicians who had agreed to be on the show to do the same.

Manicurist cried when impatient client called her the 'k-word'

"White people - including me and you - must take into the marrow of our privileged bones the truth that all black people fear for their lives daily in America and have done so for generations." These were the words of the actress, who took to Instagram to condemn the death of Nia Wilson. Wilson was with her sister when she was stabbed to death by a white man. Hathaway sparked mixed reactions for her post, with some calling on the actress to do more instead of just condemn the murder.

In an interview with The Guardian in 2018 the actor said he was aware of his privilege, and that he was not as excluded from opportunities as the working class is. He said acknowledging his privilege was the first step to creating a more inclusive and equal society.

"I am trying to find ways to deconstruct the hierarchy as opposed to just enjoying the privilege."

His interview made headlines at the time, with many praising the star for speaking out.