Babes Wodumo's team on her singing Mampintsha line from abuse video: She was mocking him 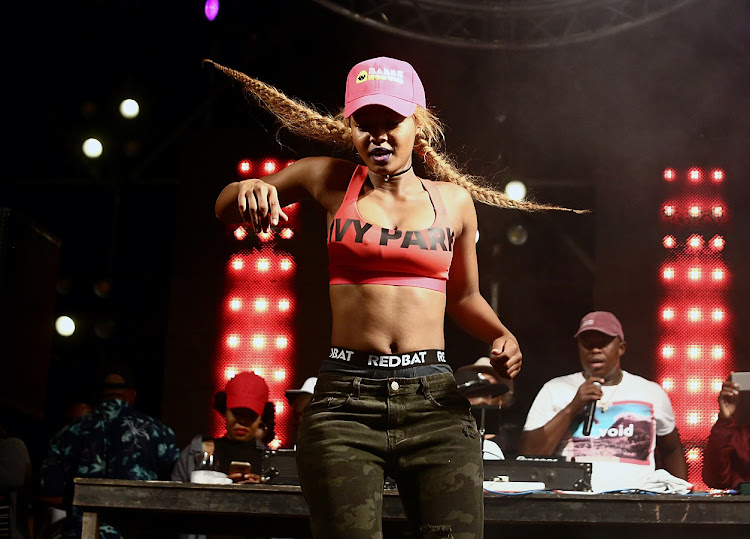 Babes Wodumo's management claim the star was mocking her alleged abuser Mampintsha when she sang a line he could be heard shouting out on the viral video of him slapping her.

Mampintsha used the line 'khona izingane la endlini' in the video and later used it in a song.

A video of Babes using the line during a performance went viral earlier this month and sparked backlash. Claims that it was all part of a publicity stunt also started doing the rounds.

Babes Wodumo and her sister Nondumiso were on Monday arrested and found guilty of contempt of court after they failed to appear on Friday to face ...
News
3 years ago

Babe's manager Nondumiso Simelane denied it was a publicity stunt and claimed that Babes had been misunderstood.

She said that Babes was not phased by the accusations leveled against her after video clips from the performance went viral.

"When we saw that she was trending and what people were saying we were just like 'Hai. It's fine. You see how some people are.'"

Wodumo fails to appear in court
Lifestyle
3 years ago

She also denied speculation that the couple had got back together and said that assault charges brought by Babes against Mampintsha would go ahead.

Mampintsha's manager, Dogg DBN, last week said that the star was hurt by calls to boycott his music over the alleged assault and was taking action against music services and DJs who had publicly pledged to not play his songs.

Nondumiso said that Babes was not worried about the action being taken by Mampintsha.

"It is his choice. We all make choices in life and hopefully soon this will all be over."