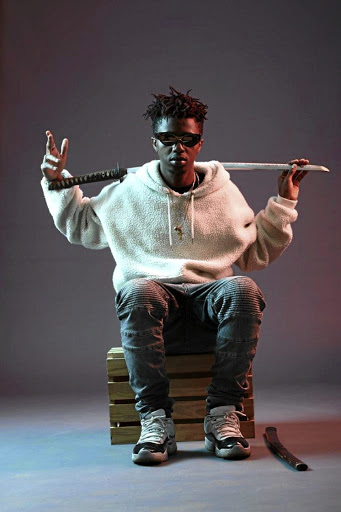 In his latest single, Abantu, trap star Emtee addresses his haters and the jealous types.

The musician, who is not afraid to express himself, has dropped the single that features young stars Snaymaan and SVilla.

Emtee, born Mthembeni Ndevu, feels that there is a lot of jealousy in the industry and life in general.

The father of two says he never had issues when he was an upcoming artist, but since he hit the big time he has experienced both good and bad.

"People are saying wrong things and leaking wrong information to the media. It is shocking how people in general can plot and just lie and say certain things about me."

"I never got hacked when I had 1,000 followers. This guy wants me to pay him. And I am not willing to do that. I don't understand why he has to do this because we don't even know each other," he says.

Abantu is your typical Emtee sound, which is a fusion of hip-hop with a bit of dance and dub. It's part of his second album, DIY Two.

He explains that when he writes music he always writes about his experiences.

The singer, from Matatiele in KwaZulu-Natal, is known for stirring things up and being vocal on social media. However, he points out that he does that to protect himself against cyber bullies.

"I stand up for myself when people come to me with certain accusations or try to belittle me or accuse me. People are used to celebrities being nice. It is rare to have someone who expresses himself like I do on social media. I am protecting myself."

He refers to an incident that happened last year while performing in Durban where people said he was drunk, while others insinuated that he had taken drugs.

The video of his fall went viral on social media.

It emerged later that someone pulled his leg and he fell.

"You know what was funny is that 99% of the people who commented about my fall were not even at the event. They were not even standing in the front row. Since people know that I smoke dagga, they think I also take other things."

He says smoking the herb is a luxury and not a stimulant.

Emtee vows to never take drugs and he says he has seen how this destroyed some of the friends he went to school with.

Apart from writing music, he is also working on his recording label African Trap Movement, which has signed Simz, Just G and another hip-hop star from Nelspruit.

Fans are still reeling in shock at the revelation that Cassper and his former bestie Riky Rick have seemingly fallen out and are not real friends ...
News
3 years ago

Emtee once again got tweeps in a huff when he took to Twitter on Monday to throw some thinly-veiled shade‚ which many believed was aimed at his rival ...
Entertainment
3 years ago