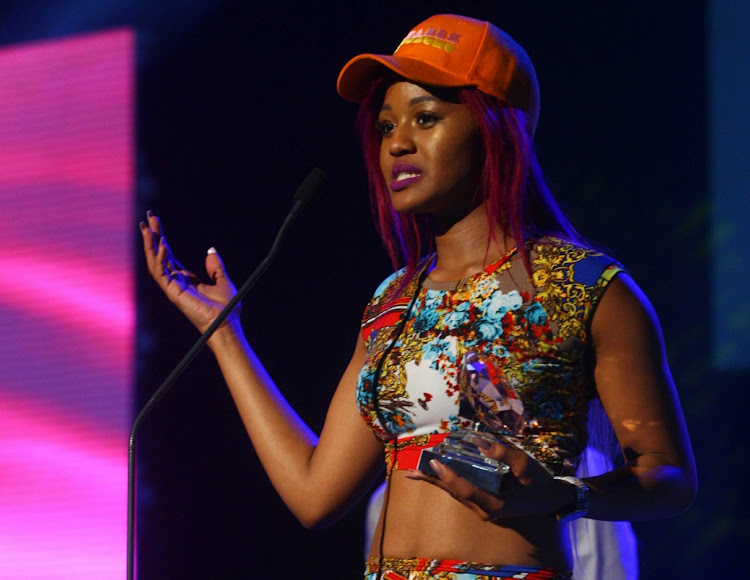 Babes Wodumo's manager and sister Nondumiso Simelane has blamed car troubles and a late-night show for the star failing to appear at the Durban magistrate's court on Friday, which resulted in a warrant for her arrest being issued.

Babes, real name Bongekile Simelane, was set to appear alongside Nondumiso and artist Thobeka "Tipcee" Ndaba, after an unknown woman laid common assault charges against them at the Umbilo police station in March.

Police spokesperson Brig Jay Naicker said at the time: "The complainant alleges that on Monday evening she attended a gathering at a guesthouse in the Umbilo area when she was assaulted by four women, three of whom are known to her, after she got into an argument with one of them."

At the time Naicker did not confirm that it was Simelane, however a police source confirmed that it was the gqom star.

Speaking to our sister publication TshisaLIVE on Friday, Nondumiso claimed that a show on Thursday night coupled with car problems meant they weren't able to able to attend court.

"We actually had a gig last night so unfortunately we couldn't make it, because we had car troubles and so on."

Dogg DBN said he will wage war against any radio DJ who wants to ban Mampintsha's music.
Lifestyle
2 years ago

A warrant of arrest has been issued for gqom star Babes Wodumo after she failed to appear in the Durban magistrate's court on common assault charges ...
Entertainment
2 years ago

She admitted that both hers and Simelane's phones were off when their lawyers tried to get hold of them.

Nondumiso said they were not concerned about the warrant and were working to "sort it out".

She would not go into details of how this would be done.

"I was panicking as well because we did not know what to do, but we are sorting it out and the matter will be sorted soon."

She said the Wololo hitmaker was still confused by the charges against them and at first thought it was a joke.

"We are confused about what is going on but we will let the investigation take its course for now."

The case against Simelane came days after her estranged boyfriend Mandla "Mampintsha" Maphumulo was arrested on charges of assault after footage of him slapping her several times went viral. He was released on R2,000 bail and opened a counter charge of assault against the gqom musician.