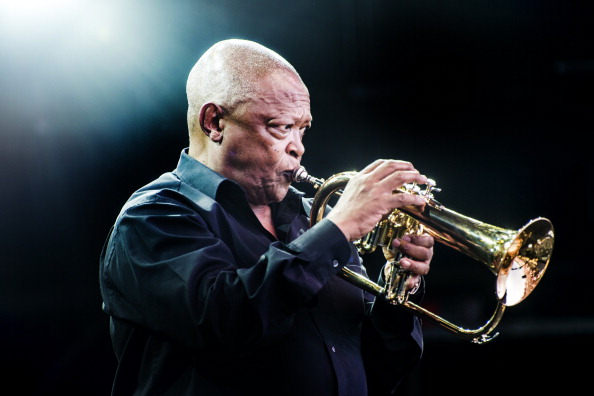 On what would have been his 80th birthday, Google and music lovers are celebrating the life of Hugh Masekela.

Google placed the jazz icon as its doodle to celebrate his birthday on April 4.

Masekela died on January 23 2018. The world-renowned trumpeter'sdeath shocked the globe. In 2017, he confirmed that he had been diagnosed with prostate cancer.

At the time of his death, Masekela was still making music. Rapper Ricky Rick revealed that the two were working on a project together at the time.

Sal Masekela, the son of the jazz veteran, said that the family would be honoured to have streets and buildings named after his father.

Fans took to social media to remember the music legend.

@SalMasekela Grazing in the Grass always puts me in a soulful, mellow mood and brings a smile to my face. They just don’t make music like that anymore. If there’s a soul heaven, I know he’s jamming with the other greats!?#hughmasekela

In memory of Hugh Masekela, born on this day in 1939. #hughmasekela #trumpet #southafrica #happybirthday

Today marks the 80th birthday anniversary of Jazz legend & a great torch bearer of our liberation struggle, Bra Hugh Masekela. We thank Google for honouring him as today's Doodle - a testament of the rich legacy he left behind, that will live on for many generations to come. pic.twitter.com/gidxU4MkOn

“I've got to where I am in life not because of something I brought to the world but through something I found - the wealth of African culture. My biggest obsession is to show Africans and the world who the people of Africa really are.” - Hugh Masekela #honesty #nofilter

Music fraternity in shock as Masuka dies
News
3 years ago