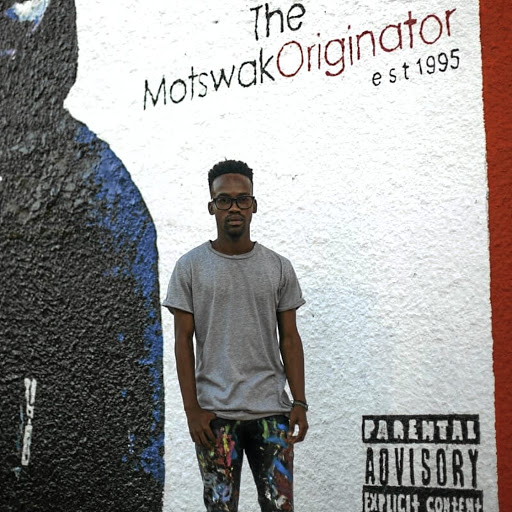 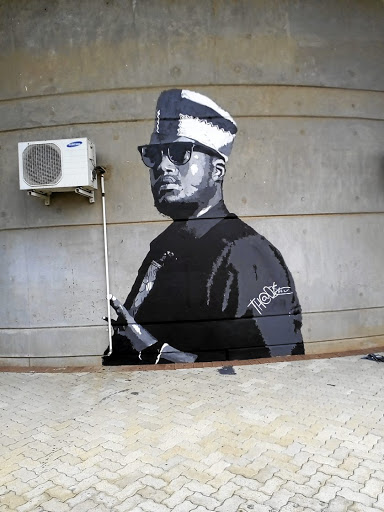 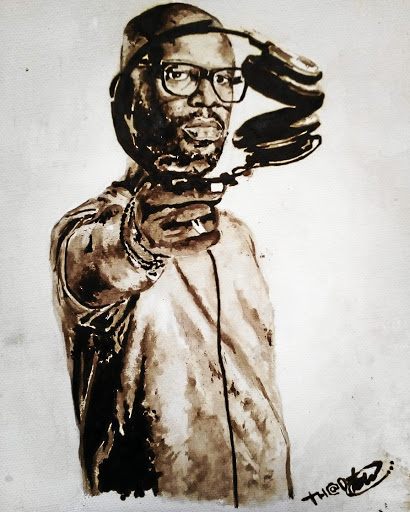 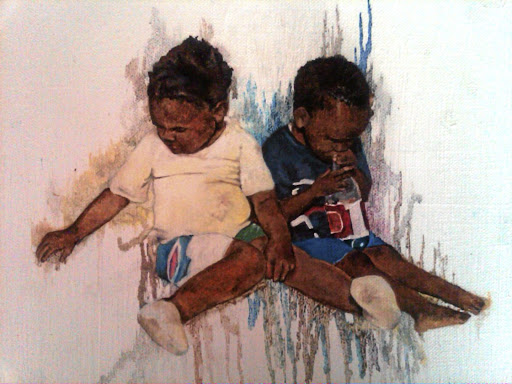 His poignant murals are becoming legendary in a town that for years was the cradle of talent in South Africa - most notably the deluge of radio and TV talent as well as Motswako rappers who kept it relevant in the pop culture stakes.

While it may have lost most of its shine with decaying infrastructure in recent years, Mahikeng's history will not be lost to future generations thanks to the efforts of the likes of Seboko.

Earlier this year, the lad from Itsoseng, some 50km southeast of Mahikeng, unveiled a towering mural in tribute to the late HHP, the legendary Motswako pioneer.

Recently, he was commissioned by the talented Khuli Chana to paint the cover of his seminal MotswakOriginator CD to mark its 10th anniversary. The peeling walls of Mahikeng have new life thanks to the lick of paint from Seboko's brushes.

The fourth from a family of five children, he studied fine art at Tshwane University of Technology (TUT). In his third year, he volunteered at Pretoria Art Museum as a tour guide and facilitator.

In 2012, he was a part of a group exhibition at the TUT art gallery; the following year he showed at the Pretoria Art Museum. He had his first solo show called Dye My Memories in 2016 at Mellow House Factory in Hatfield, Pretoria.

All the works were created with hair dye.

As the EFF  were on Tuesday expected to table a motion in parliament for the renaming of Cape Town International Airport to Winnie Madikizela-Mandela ...
News
3 years ago

He ventured into mural making in 2011 when he was commissioned to paint cartoons for a preschool class at Tlhalefang Primary Helpmekaar in the town of Ottosdal, 145km south of Mahikeng.

In 2017 he painted sign language at the Mmabana Art Centre in Mahikeng. He also depicted the activities at Itsoseng Youth Centre such as dancing, pantsula, ballet, chess and karate in a mural.

Seboko's star is ever on the rise. Last October he went to Brazil for an art residency where he met artists from all over the world at Kaiser Art Residency.

The news of HHP's demise met him in the small town outside Sao Paolo.

"I grew up on HHP's music and trying to explain to the Brazilians that he died didn't make sense to them."

It was only fitting that the North West department of arts, culture and recreation would commission him to paint the tribute mural for HHP at Gaabomotho Building. He has bigger dreams for himself.

"I don't want to be that artist who depicts artists who have departed... I want to turn art into a business.

"People need to change their perception that art is a hobby. It is a career to be taken seriously."