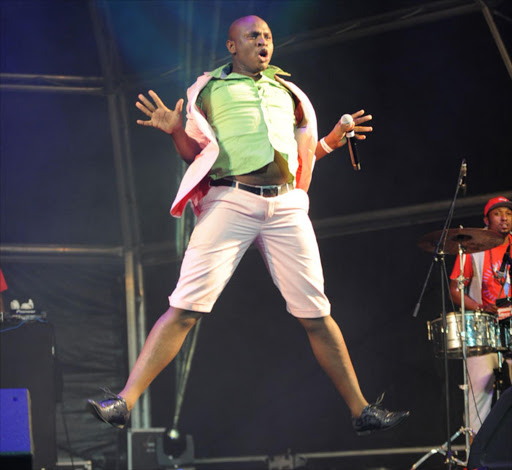 TV channel Moja Love has announced that its infamous No Excuse. Pay Your Pap Geld show will be presented by Dr Malinga who will be the new nemesis of deadbeat fathers in SA in the next season.

The Akulalwa star is expected to bring a fresh and new era to the popular show when he replaces the much-loved Moss Makwati who has presented the show since its infancy.

Speaking to Sowetan while on the ground hunting for a deadbeat father, Dr Malinga said this was coming naturally to him because he also did not have his father in his life.

“I had a father but after they divorced he was hardly ever there, so I know that pain,” he said.

The music star said he has three children and he can’t imagine not supporting them.

“Many people think that I am a jokester but I’m also a father of three kids. Men must know that even people who are funny take care of their kids."

The Broadcasting Complaints Commission of South Africa (BCCSA) has reprimanded Moja Love channel on DStv for impairing the dignity and privacy of a ...
News
3 years ago

When asked if he will be bringing his famous "kick" to the show he said it would have to stay behind.

‘I can’t be kicking because this is a sensitive show. We want to achieve what we have came here for,” he said.

In a statement released by Moja Love TV channel head Jacqueline Rainers-Setai on Tuesday, she said viewers will be seeing a different side to Dr Malinga.

“The new host will be bringing a new flavour and touch to the show. Fathers must not be misled by his playful appearance, Dr Malinga has a balance of objectivity, warmth and firmness about him viewers will appreciate. This will give our participants the relief to open up remembering that the show is representing the child.

“Moja Love is excited to welcome Dr Malinga to be part of the family as we hope that his contribution will continue from where the brave and courageous Moss Makwati left it”, said Rainers-Setai.