Zodwa defends Gugu Ncube: It is her body, they should leave her alone 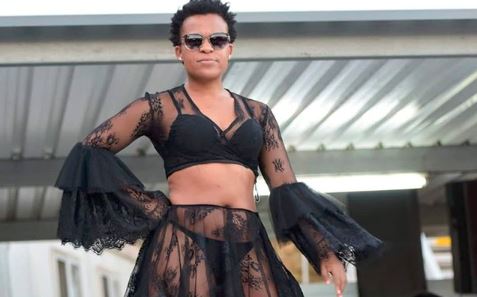 Zodwa Wabantu says that Gugu should be allowed to protest.
Image: Instagram/ZodwaLibram

Zodwa Wabantu has expressed outrage over the arrest of Gugu Ncube, who staged a naked protest earlier this week, she said she will meet with the woman on Friday to offer her support and see how she can assist her.

Gugu dominated social media timelines this week when she was arrested for staging a naked protest at the Union Buildings in Pretoria and charged with public indecency.

She claimed that she was a victim of sexual harassment.

Many have drawn comparisons between Zodwa, who often parades around in underwear and revealing clothing to Gugu.

"She is standing up for herself. It is her body and people must leave her alone. We want things to happen behind closed doors but when we protest in public, everyone is afraid."

Gugu was criticised by some for conducting her strike outside the Union Buildings but Zodwa questioned why this was an issue.

Gugu Ncube, the woman who was arrested for staging a nude protest outside the Union buildings in Pretoria, has been traumatised by the way police ...
News
3 years ago

During the protest Gugu wore a placard reading: "I am a victim of sexual harassment at UNISA. They claim that I resigned, I never resigned. They chased me away from work because I refused to sleep with my manager".

In a statement, Unisa said, "The University has noted with regret and great concern the intention by a former employee of the external company that was previously sponsored by Unisa, called the Unisa Centre for Early Childhood Education (UCECE), Ms Gugulethu Ncube, to stage a one woman protest at the Union Buildings".

Zodwa said it was sad that Gugu's body had got more attention than her message.

"People are so scared of bodies. They go on like they don't have a body. It is so sad," Zodwa added.

She said that she would do all she could to offer Gugu support before her next court appearance on April 10.

"I am meeting with her on Friday and will speak to her. I want to be there for her. Maybe she will even let me take a picture with her," Zodwa added.

A woman has been arrested after staging a semi-nude protest at the Union Buildings in Pretoria today.
News
3 years ago
Next Article