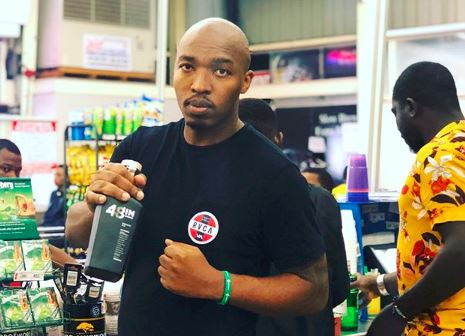 DJ Fisherman says it's "unfair" to mute Mampintsha as it affects all other artists he's worked.
Image: Instagram/DJ Fisherman

DJ Fisherman has found himself in the middle of a Twitter firestorm after seemingly supporting Mampintsha with his statement that the #MuteMampintsha movement will cripple both his and Babe's finances.

Mampintsha was last week charged with assault, arrested and granted bail of R2,000 after a video of him allegedly beating Babes Wodumo went viral. The Big Nuz musician has since laid a counter-charge of assault against Babes.

While calls to boycott Mampintsha over the alleged assault have been growing, DJ Fisherman took to Facebook on Monday to share screenshots of an e-mail explaining that he would have to delay the launch of his latest project because the song list included a track that featured Mampintsha.

Fisherman said that he does not condone what Mampintsha is alleged to have done, but believed he should not have to suffer because Mampintsha "did wrong".

"Mampintsha (a colleague) did wrong last week and we all saw the video. It was out of line and should never happen to anyone. Naye I know he knows it. Okay, on the other hand, some have said they won't play his music and many have called on such. I understand the frustration. So what happens to us then who have music with him? We've invested money and so much time making music only for it to be ruined by one man's mistakes," Fisherman said in a statement on social media.

Fisherman tried to defend his statement from the backlash that followed and even went as far as saying that silencing Mampintsha would also affect Babes negatively.

Babes Wodumo made me do it, Mampintsha says

Mampintsha admitted to assaulting his girlfriend Babes Wodumo but claimed that it was all in self-defence.
News
2 years ago

Silencing Mampintsha means taking away food from all the people that depend on him. These are sad reality we have to deal with. We really need to call upon experts to find us solution because this is an extremely sensitive issue n the repercussions do a ripple effect. https://t.co/2b4WcmuZPo

However, Twitter users were unrelenting. Many said they won't have any sympathy for people that "enable" abusers.

Others claimed that those who worked with Mampintsha deserved to lose out on those songs because they should have known better than to turn a blind eye to the things he's been accused of over the last couple of months.

Ntsiki Mazwai even called for DJ Fisherman to be cancelled.

Cancel Dj Fisherman along with his fellow nkunkuma mampintsha

Then they must all starve or find better people to work with. The self pity of some SA 'men' is truly almost as lame as their height. ?

How unfortunate for them but that's life, let them make other songs. You guys knew about Mampintsha's faults for a long time but kept quiet and continued associating yourselves with him, now that's the price you pay for shielding wrong things

From DJ Fisherman to DJ SellFish.#Mampintsha

I’m so happy that those projects did not pick up due to companies not wanting to associate themselves with Mampintsha. That’s really amazing? DJ Fisherman and his chat regarding the producers and engineers being starved? Girl bye.

Why is this guy whining? Sifiso gave him the solution, omit Mampintsha's song ?

It's called being accountable, I like this Sifiso guy

OK so what is your solution or suggestion abuti? pic.twitter.com/dNfMjWiOOL

Babes Wodumo has pleaded with Mampintsha to 'leave her alone'.
Entertainment
2 years ago
Next Article