Somizi goes off at wedding delay report: There's no issues! 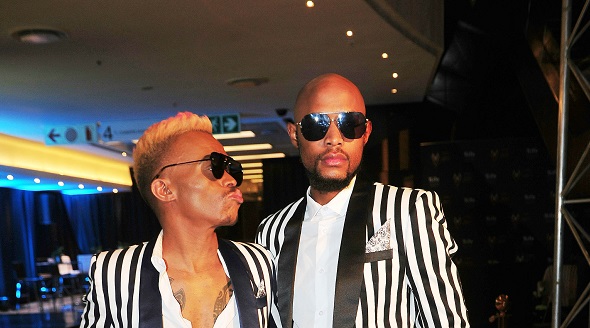 Somizi Mhlongo and Mohale Motaung will have their wedding when they are ready and not a moment before.
Image: Gallo Images / Sunday Times / Veli Nhlapo

A furious Somizi Mhlongo has taken to Instagram to slam reports that his wedding has been put on hold due to the couple not having the funds to bring it to life.

Reports in the Sunday Sun claimed that the personality's wedding plans were put on "ice" because there are no sponsors to foot the bill.

"First of all, we haven't even started planning the wedding. Second of all, we haven't even spoken to anybody about the wedding, including the channel. It's just the stories (that have come up) that we've been offered three million, the City of Joburg and this and that, [while] nothing of it is true... We only began planning - in fact not planning, we met a wedding planner - sometime last week," Somizi said in a series of videos posted on his Instagram.

Since Somizi popped the question to his fiancé Mohale Motaung in Paris in 2018, Mzansi has been waiting in anticipation for the wedding. With it came the many speculations about how big, glamorous and expensive it would be.

The choreographer said he also wanted an "amazing" wedding and understood why people were excited for his big day. He said however he could at any moment make alternative plans for his big day, like buy a house and just go sign the papers instead.

"We are in the process of planning but maybe we can even go to sign. Because of the personality that I am and the stature of our personalities; myself and Mohale, people are excited about it, they want this amazing wedding. And I also want an amazing wedding but I might wake up tomorrow and (decide) ah let me go sign or I'd rather buy a house."

And just in case you were wondering, money is not an issue: "But in terms of money for the wedding... there's no issues!"

So there you have it!