Teddy Cash polishes up to be mega star 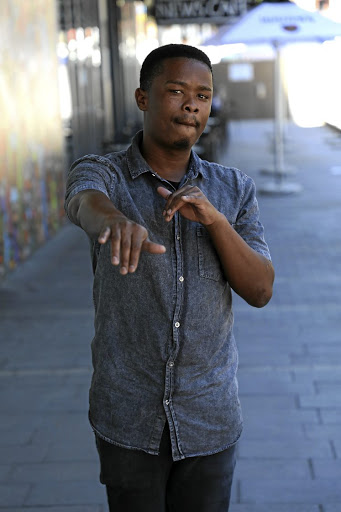 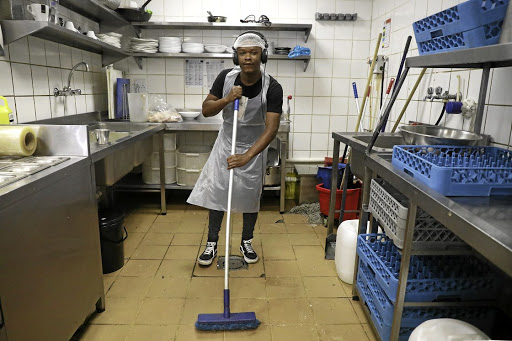 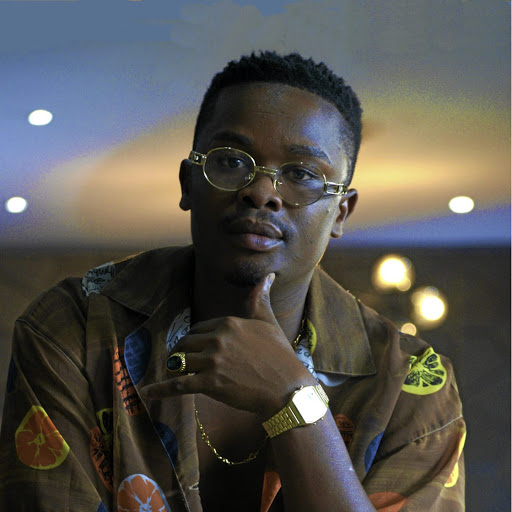 By day Andile Sotshantsha dons a hair net and a plastic apron as he scrubs the floors and washes the dishes at News Cafe in Newtown, Johannesburg. Come nightfall the sculler transforms into Teddy Cash, a smooth rapper who spits rhymes and has some nifty moves.

Sotshantsha's story is one of chutzpah and a never-say-die attitude.

Coming from Lokaleng village in Taung, North West, with nothing but a dream to make it big in music, Sotshantsha - whose stage name is Teddy Cash - squats with friends in the city and with the help of his record company boss Kagiso Galesitoe he supports himself with the eight-hour shift job at the
busy eatery.

His newest vibey single, Tlala Ka Nna, produced by Tru Hitz and Co Kayn, was released digitally this week and brings with it a promise of a better life for the aspiring musician.

He describes the sound as new age kwaito incorporating hip-hop.

Teddy Cash, already known in Taung as the performer who sang with DJs at bashes, has ambition bigger than the small town.

He packed his bags and headed to Joburg, Mzansi's entertainment capital.

He is the second child in a family of six and he dropped out of school in Grade 11 after mixing with the wrong crowds.

Teddy Cash found solace in music while being part of a group The Mummy Returns. They danced the sbujwa style on all the stages of Taung including at Mmabana Taung cultural centre.

Busiswa lends her hotness to 'Gqom Nation'
Entertainment
2 years ago

In 2015 he started working with producer Thapelo Kgomotshwane. In no time he devised a plan to get his name out there - partnering with DJs and freelancing over their beats and mixes at gigs.

He became so well-known that when SABC2 Morning Live came to town for a live broadcast he was invited to speak about the challenges musicians face in that part of the world.

In 2017 he moved to Joburg to face the harsh realities of life away from his family.

"I had to leave the comfort of my bed to sleep on a sponge. I had to come to an empty flat with no warm plate of food waiting for me. Sometimes we'd go without a meal, because it's everyone for themselves," he reminisces.

"But I couldn't go back to the comfort of my home. I was here already and I had to keep on going ahead. Also people back at home saw me as someone who pushed hard for their art, they were proud of me and I just couldn't let them down."

While he awaits for his breakthrough he landed the job as a sculler.

"I don't mind what I do. It's an opportunity for me to learn about professionalism and punctuality. This is my first job. I've always been doing my thing as a musician," he said.

Teddy Cash says he is saving money to afford his own Shure microphone that he can use at gigs after work. He also dreams of gracing billboards and rake in endorsements.

"I'm persistent, consistent hard-working and will make my parents proud."