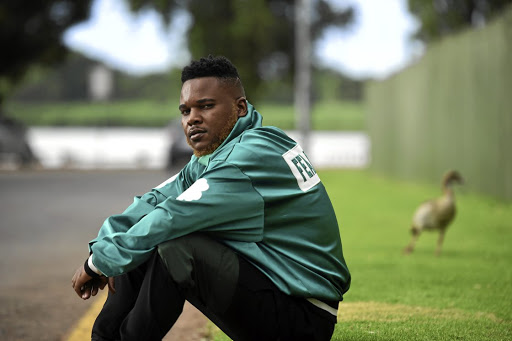 Born Andzani Bvuma in Nkowa Nkowa, Tzaneen, 28 years ago, the qualified engineer got tired of looking for a break and opted to establish a recording company and produce other musicians.

"I realised that I was struggling to break into the industry and I establish a company. I was managing artists and recording them."

He says last year he decided to try his luck again and thanks to gqom Van Tee Tonder finally released a song that can be played on radio.

The star has released a hit song Phezu Kwe Bonnet which is doing well and is receiving massive airplay on both television and radio.

He is excited to see the video of the song being played on Channel O and MTV Base.

Teddy Cash polishes up to be mega star

Rapper from Taung ready to roar
Entertainment
2 years ago

"I decided to go for the gqom sound because it is one of the best sounds at the moment. I wanted to prove that you don't have to be from KZN to do it."

He says the song is a fitting tribute to the undying spirit of the middle class. He defines the sound as the combination of dance and thumping instrumentation.

"The song has a good vibe, the sgubhu and sounds good. It is vibey sound that gets you in the mood to dance."

Bvuma says he has always had ambition for the spotlight. He started collecting kwaito CDs and playing for his friends at a young age.

The opportunity came early for him when a DJ failed to arrive at their matric farewell. Van Tonder decided to step in, calling himself DJ Ice Pop and entertained the pupils.

From then he never looked back.