Bo in search of different sound 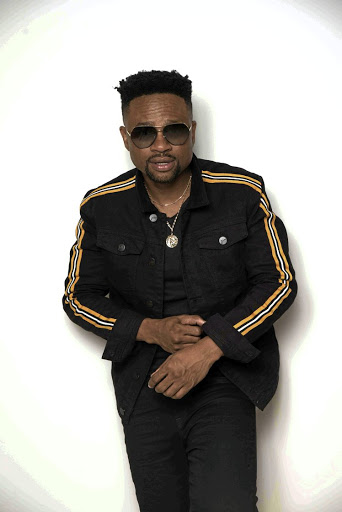 Bo Seritsane is in the throes of a hot Latin affair.

The musician has gone on a South American voyage to discover how African music influenced the world and how in turn the world interpreted it.

It might sound like a class in anthropology, but don't wait for his dissertation, instead expect music with a scintillating edge.

We catch up on a sunny Tuesday afternoon in the lush surrounds of Montecasino in northern Johannesburg.

"I travelled to countries that have been influenced by African music in search of a different reflection filtered by how the world interpreted music from the continent and I added my authentic sound," he tells me.

"This is a sound with a global appeal. When you look at the trends in South and North America, you see that raggathon is all the rage.

"The rest of the world has grasped African music and created their own brand of it. For example, soca music is really kwaito on fast forward or slowed down. The African bassline drives the beat."

While he is overjoyed with the yields from his sojourn, his latest single, I Found Love, featuring DJ Sue and produced by DJ Chase is not much of a culture shock. He will switch it up when he releases the likes of Mi Tipo de Loca which is about how every man has their type of woman, a sexy flirtatious song to set dance floors alight.

Bo landed in Miami before heading to Colombia and Venezuela and thought of how South Africans perceive themselves in the eyes of the world.

"We laugh about it and we know that we have a problem of crime, but we're not the worst in the world. There are times I was more scared in some parts of Colombia and New York than I would be in downtown Johannesburg.

"People always ask me how I afford all this. And my answer is that through music I managed to form good relationships with people and they are there to pull me up when I face challenges.

"They are not superficial and the friendships are for a lifetime. I can be on holiday in Barcelona, Italy or Sardinia thanks to my networks."

Bo has made contacts from his world travels, taking part in a Fifa beach soccer tournament in Nassau, Bahamas, and visiting some parts of Europe where he has cultivated good friendships with some incredibly powerful people in the world.

He went on a writing camp in Trinidad and Tobago for seven days working with local producers as well as those from Miami and Colombia and eight different writers, one for R&B, soca and mainstream.

"The timing to be in Venezuela was impeccable. I was single and seeing all the beautiful women brought back the excitement back not just in the music."

Bo says that his romance with kwaito legend Thembi Seete ended in 2016. Although he would not share much out of respect for her, he said he managed to pursue his interests.

Behind the scenes with Simphiwe Dana

Star songstress shares a few tips with us on how she gets prepped up and ready before a big performance.
S Mag
2 years ago
Next Article