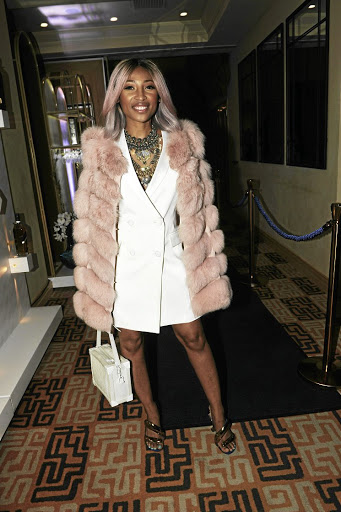 Actress Enhle Mbali Maphumulo is following in the footsteps of Nandi Madida, Rihanna and Victoria Beckham.

The 31-year-old star plans to debut her first collection during SA Fashion Week's Autumn/Winter 2020 runway showcase in the second half of the year.

"I think this is where I take my giant leap because a lot of people don't know that I do fashion. I don't want to give too much away on the clothing I will be making; it's such a competitive market," she said.

"But I think it's going to be something that introduces us to the rest of the world in terms of styling because as Africans we keep it safe and watch what they do internationally first, then follow.

Maphumulo's first taste of the fashion world was when she styled singer Keabetswe "KB" Motsilanyane for her diva tour. "I've always been into fashion. I was a 17-year-old, who styled KB. It was huge for me," she said. In December, Maphumulo collaborated closely with local couture duo Quiteria & George to create one of Beyoncé's high-fashion stage looks for her performance in SA.

Designers' finery on global stage.
Entertainment
3 years ago
Next Article