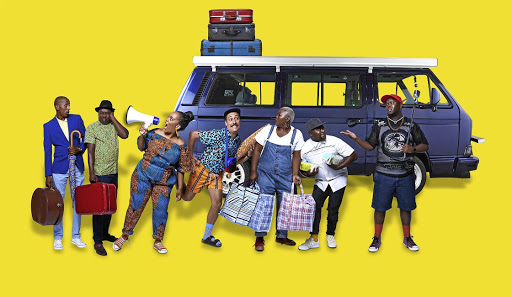 Trippin' with Skhumba will soon be on air.
Image: Justin Dingwall

Comedian Skhumba Hlophe is hitting the road for his new TV show.

The 10-episode first season will see each episode airing every Thursday from February 28. Every week he will visit fellow comedians in their respective hometowns and explore those places.

Skhumba: The art of comedy is in offending you without hurting you

Well... at least not too much.
Lifestyle
3 years ago

"As much as we love South African comedians, we are only exposed to what they do on stage as opposed to their backgrounds," Hlophe said.

"I wanted to dig deeper into their lives and where they come from - far more than what I could ever get out of them by doing a normal interview, like on my radio show on Kaya FM."

The final episode will feature an hour-long comedy special with Skhumba and his guests in the line-up.

The show will be directed by award-winning local director Vincent Moloi, noted for his Safta-winning drama Tjovitjo and documentary Skulls of my People.

"Trippin' with Skhumba is flipping funny. It's real," Moloi said.

"It represents, to me, the ultimate exploration of South Africa's humour in a very honest and truthful way.

"It has an uncompromisingly authentic texture. Be ready to laugh at our misfortunes and our greatness."