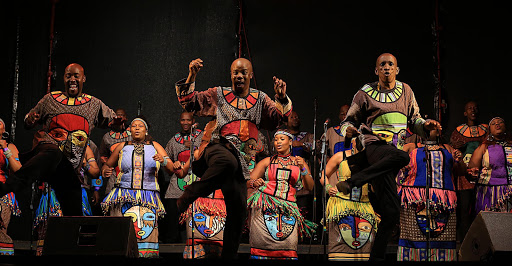 The Soweto Gospel Choir flew the SA flag high at the prestigious Grammy Awards in Los Angeles on Sunday night, where they walked away with their third Grammy.

The group walked away with the Best World Music Album award for their album Freedom.

Freedom was released last year as part of the group's tribute to the 100 Years of Mandela celebrations. It features a selection of South African struggle songs including a version of Johnny Clegg`s iconic hit Asimbonanga.

The win sent waves of excitement across Mzansi and social media was abuzz with congratulatory messages on Monday morning.

Hearty congratulations to The Soweto Gospel Choir for winning the third Grammy Awards. On behalf of residents of the @CityofJoburgZA and people of South African in general, we are proud of the group https://t.co/rIthDdAYAc

Another Grammy Award coming home! Congratulations to all the singers. You've made our family and the whole country proud!! In the words of my late father, David Mulovhedzi who founded the choir, Zwo itea!! #SowetoGospelChoir

The Soweto Gospel Choir has just won the Best World Music Album award for their new recording “Freedom” at the 2019 Grammy Awards.

This is their 3rd Grammy. Halala! ?? #GRAMMYs pic.twitter.com/lA6MWGxVMD