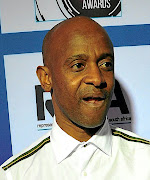 The two were part of Creative Industry Task Team (CITT) formed to work with the Creatives Cultural and Creative Industries Federation of South Africa (CCIFSA), and led by Tony Kgoroge, to organise a conference.

Mafokate is not happy with how he was removed and have since lodged a complaint via e-mails with the department of arts and culture (DAC), the funders of CCIFSA. Mafokate has threatened legal action.

Balungile Sokhulu, who is part of the CITT and South African Creative Practitioners in Unity (Sacpu), confirmed Mafokate was removed but refused to state the reasons for his removal.

"Arthur was not the first person to be removed from the task team. We removed him with another person and we informed him about it before announcing it in our group chat," Sokhulu said.

"We still work with Eugene while Arthur has decided not to work with us anymore. The process of removing people is an internal thing."

In an e-mail that Sowetan has seen, Mafokate complained about being removed from the task team without any explanation.

"I would appreciate if they can explain as to why I was removed from the task team. [I want to know] ... which processes were applied, as I only got to know about it through a text message sent to a WhatsApp group, which was also not honest and truthful."

Mafokate added: "Some refused to tell me what was the real reason, the person I was referred to ignored my calls."

Mafokate said it pained him "to realise that it seems like there is a serious discord between arts practitioners and arts administrators".

In the e-mail he said he was planning to take legal action.

When approached for comment, Mafokate told Sowetan this was a private matter.

"This is a sensitive issue that I would prefer to keep private for now. My lawyers are handling the matter," Mafokate said.

In his e-mail to the DAC that Sowetan has seen, Mthethwa said he believed they were removed from the task team because of "the media clouds that they both found themselves in".

"I accepted the thinking around this is in the best interest of the sector which is bigger than all of us.

"Arthur is no different from anyone of us who have equally contributed towards the betterment of the sector," Mthethwa said in the e-mail.