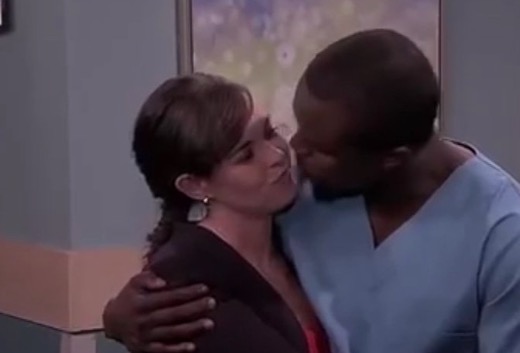 Afrikaans soapie 7de laan has defended its decision to include an interracial kiss in the current storyline‚ explaining that creators wanted to show an authentic South African experience and that love is colourblind.

The kiss‚ between actress Carina Nel and Nicholas Nkuna sparked racist comments from some fans on the show who thought it was "pathetic" and inappropriate. Others defended the romance‚ which resulted in a fierce debate.

The show's head writer Hanli Rolfes told SowetanLIVE she would not bow to pressure from critics or those threatening to boycott the show after the kiss.

Nobuhle Mimi Mahlasela's unapologetic strength and confidence has seen her make it as one of the most recognised TV faces in the country despite ...
Lifestyle
4 years ago

"For those people who are still uncomfortable with (or have never been confronted with) interracial relationships 7de Laan makes it accessible and shows the normality of the fact that love knows no age‚ gender or race. And ultimately‚ when true love happens and prevails our hearts sing and no-one can help but smile with joy – it is beautiful!"

The show's creators also issued a statement on social media calling for calm and the end of hate speech.

Joining the debate around the kiss on social media‚ veteran actor John Kani recounted how he too had an audience shun him for kissing a white woman on stage 34 years ago.

John had kissed actress Sandra Prinsloo during a performance of Othello that saw audiences in Johannesburg and Cape Town walk out the theatre in protest.

The incident was so massive Dis ek‚ Anna film producer Niel van Deventer has been working on bringing it to life.

Speaking to SowetanLIVE‚ Niel recounted how learning of the experience had affected him and he wanted to document the emotions and reaction to incident.

"I think there are a lot of lessons in that particular experience that haven't changed in 34 years. They are still lessons needed to be learnt. It is just so fascinating that a man (John Kani) can be shunned and abused for simply doing his job‚ which is acting."

Filming is expected to start later this year and Niel is keen to have his actress wife Charlenè Brouwer play the role of Sandra Prinsloo.

"I think she would be perfect for the role. When I envisioned this project I couldn't see it happening without her in it."