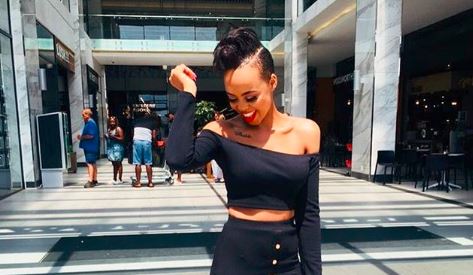 Taking to social media yesterday, the Gqom Nation presenter dished all the dirt of Junior De Rock - her musician ex-boyfriend and father of her one-year-old daughter.

Duma was sent reeling after Junior donated computers and stationary to Wiggins secondary school in his hometown in Durban.

"How does one have so much audacity to give back and invest so much to an entire community when they can't give back to their own children?" she posted in a tweet that set social media buzzing.

In a lengthy statement, she later dished more dirt.

"The issue is that he knows for sure he's always safe with me. He knows he's always protected. He is just comfortable," she charged.

"He knows I won't say much cause I'm also not trying to bring attention my way, but how then are you as a woman/mother protect someone who never finds it a priority to do the same for the mother of his child and the child.

"A simple phone call to check up on his own blood is very difficult, but way too easy for him to make appearances for thousands of kids and even provide for them."

"I don't even know how many times I have addressed this to him and his family but all I would get in return is to be called uHlanyo [crazy].

"All I ever needed from him was/is his presence in my child's life. Not his love back or money." 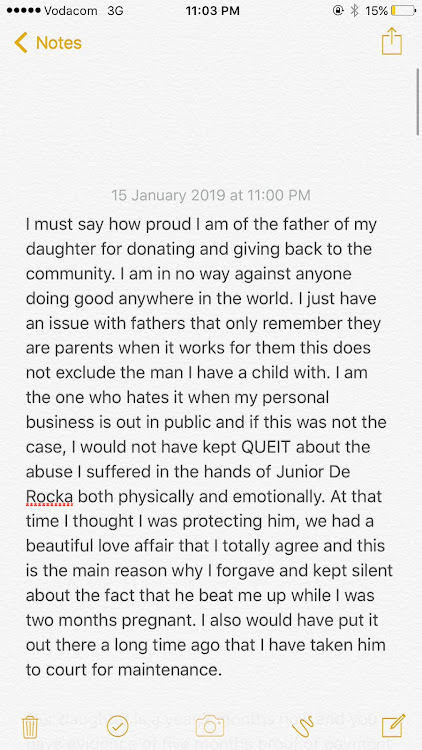 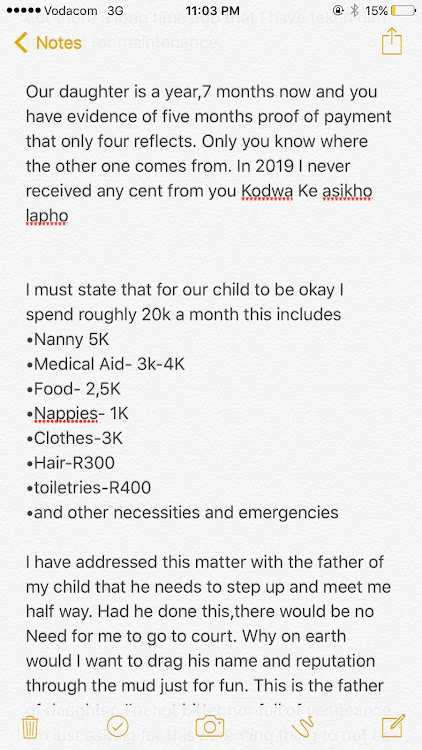 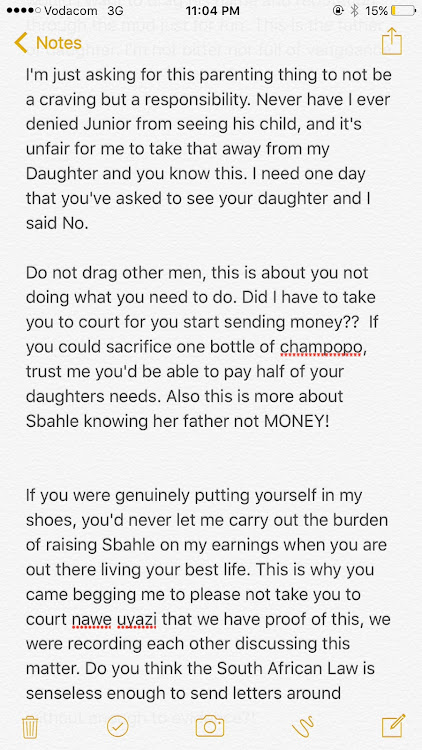 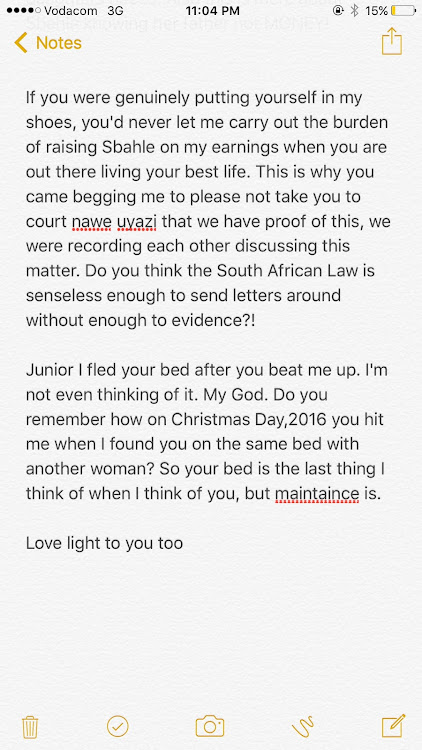 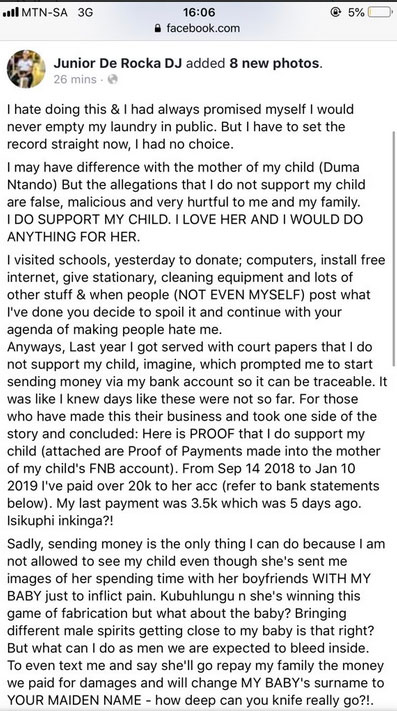 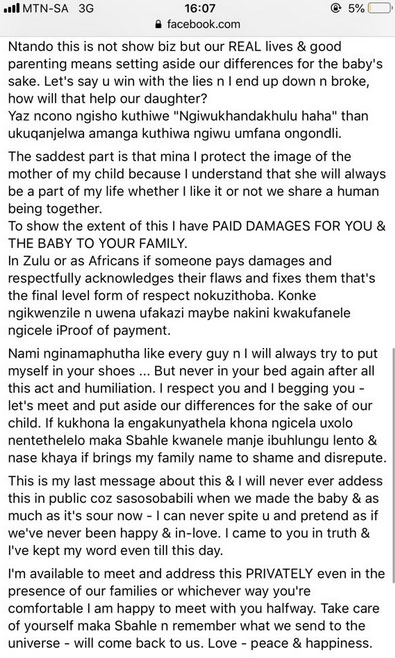 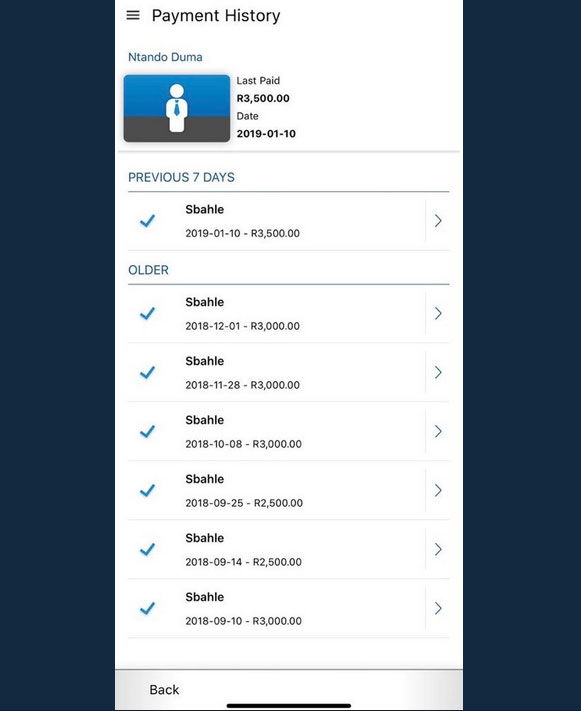 Contacted for further comment, Duma referred Sowetan to her tweets.

Junior fired back by calling the allegations "false, malicious and very hurtful".

"I do support my child. I love her and I would do anything for her," he charged.

"Last year, I got served with court papers that I do not support my child. Imagine, which prompted me to start sending money via my bank account so it can be traceable."

He provided proof of payments made into Duma's bank account. Junior stated that he has paid R20,000 into Duma's account since September, noting the last payment was R3,500 deposited five days ago.

"Sadly, sending money is the only thing I can do because I am not allowed to see my child," said Junior.