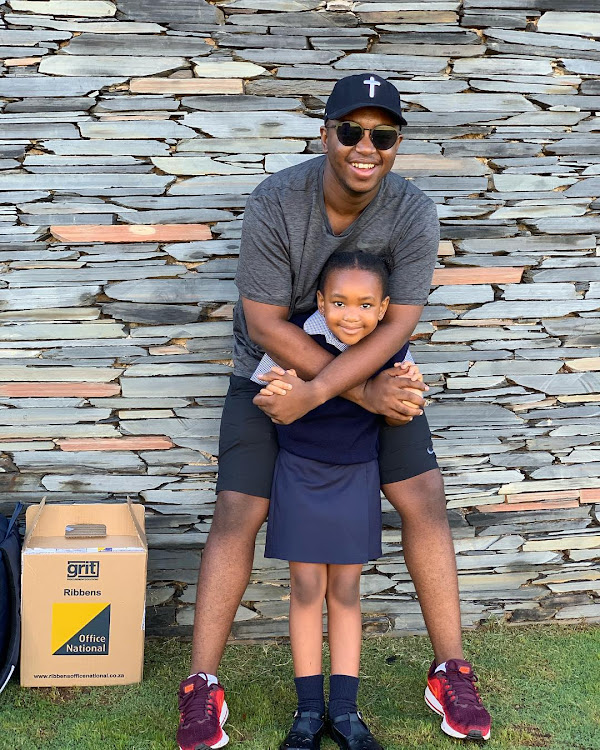 The first day of school is always exciting for parents and some of Mzansi stars joined in on the fun. Celebs like house music maestro Shimza and radio personality Elana Afrika took to social media to capture those adorable moments as their respective children started school.

“I’m giving her the best education, which for me I feel like it’s one for the best things I can do as a father.

“In the coming years I want to educate her about how the real world works; that she doesn’t have a parent that works a 9-to-5. I want to give her another way of looking at life because her mom works a 9-to-5. Giving her a side of both worlds will be empowering.”

The 29-year-old DJ will pay it forward next Tuesday after the success of his 10th annual One Man Show concert on Christmas Day. Shimza will hand out about 3 000 pair of new school shoes to orphaned kids in Tembisa.

“For me it means that I can do what I love and give it back to the community that built me. There are people around who don’t have the same opportunity. For some people it’s very important to give back that dignity when they go back to school,” Shimza said.

“We need to build kids and give them more reasons to go back to school. I call it a ‘shoe of hope’.

“Hopefully they can see that there is someone out there that cared that I go to school and hopefully it doesn’t end with me and one day they will pay it forward.”