Image: Masi Losi Golden Globe winner, Taraji P. Henson who plays the role of Cookie Lyon on Empire talks about her time in South Africa and her upcoming projects.

Award-winning American actress Taraji P Henson, who’s grown to popularity acting in movies such as Think Like a Man, The Curious Case of Benjamin Button and Hidden Figures, was recently on her second visit to South Africa.

Henson was on a promotional tour in line with arguably her biggest TV role ever, that of controversial matriarch Cookie Lyon on Fox’s show Empire.

Henson spent over a week in the country and visited places like the Apartheid Museum and also the NGO she sits on the board of. Henson hosted fans and media for a night of conversation at the swanky The Shed venue in Steyn City.

She was hosted by 94.7 presenter Anele Mdoda where the two rehashed their first meeting and spoke about Henson’s career, her love life and her thoughts on Hollywood. 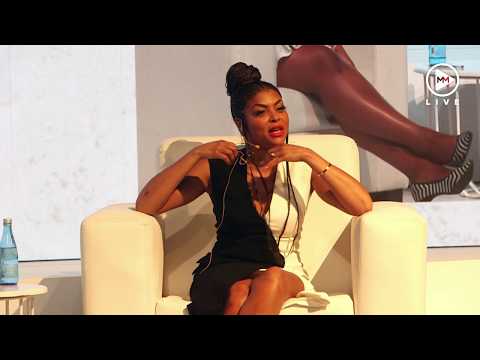