Shimza's 'One Man Show' grows in leaps and bounds 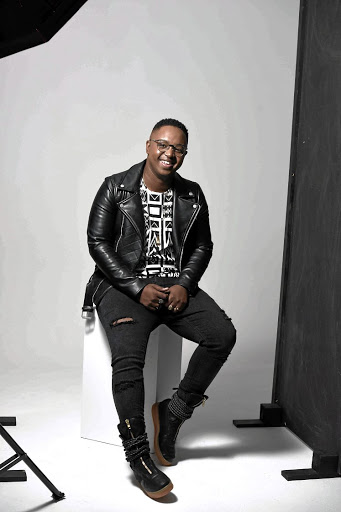 Ashley Raphala aka Shimza unveils his plans for the festive period. /Supplied

"Please don't refer to me as DJ Shimza in the story, it's just Shimza."

That's one request that the 29-year-old Tembisa-born DJ, real name Ashley Raphala, makes after our tête-à-tête. He arrives an hour late.

"Hi, I'm late, Shimza," he greets me when he finally arrives with his six-year-old daughter.

He immediately scores cool points as he politely explains that he lost track of time because he was picking up his daughter from school.

"I don't think you can even explain the love you have for your child. You have never experienced real love until you have your own kid," he says.

"The hardest thing is not spending enough time with my daughter because of the job I have."

It annually starts off with Christmas lunch for orphans in Tembisa, before it kicks into high gear with the music concert at 3pm in Mehlareng Stadium to raise funds for those less fortunate.

DJ Shimza wants his daughter to be proud of his legacy

DJ Shimza: I'm not here for the money‚ I want to build a legacy

DJ Shimza is on a mission. Not only to make his mark on the world stage‚ but to help uplift his community while he does it. This weekend the DJ will ...
Entertainment
5 years ago

"In 2013 I had Zahara, it was the most challenging. Zahara was still very big then and the numbers were too big, also I didn't have enough experience," he recalls.

"Luckily, there were no major incidents, but I didn't have enough manpower to control that. So people were let in for free," says Shimza.

"Security can make or break your concept. That's why it has always been a priority for me."

The One Man Show concert has expanded to Soweto, held in June, and the first international concert took place in Portugal this year.

"I had a vision for it. It had to grow beyond being an event in Tembisa only," he says.

Having worked for radio stations such as YFM and Metro FM, he first garnered fame by winning various DJ competitions such as the Red Square DJ Knockout Challenge.

"I've never had a big break. My career has always revolved around events, that built who Shimza is," he insists.

"I think people shouldn't wait for that big break, they should work towards building a solid foundation."

"Releasing singles and EPs is the way that I want to go," he says.

"My career is not based around having an album or music. I'm more of a DJ than a producer, then I can play any other song I like.'

Tersely addressing his much-publicised breakup with starlet K Naomi, Shimza says he has learnt his lesson.

"I think I have done a good job of keeping my love life out of the media, until I dated someone that was in the media industry," he says.

"It caused a lot of drama for me. We learn from our mistakes and we don't choose who we love."