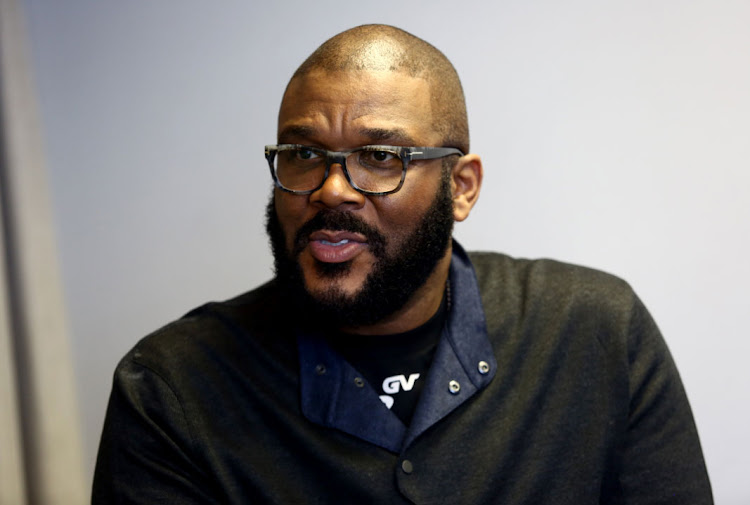 Tyler Perry during an interview with SowetanLIVE
Image: Masi Losi

US filmmaker, actor and comedian Tyler Perry, 49, says he is open to casting local actors in the upcoming Amy Biehl biopic The Year of the Great Storm, set to shoot in SA.

Biehl was an American student and anti-apartheid activist who was stabbed to death in 1993 in Cape Town by a mob of young black protesters.

Produced by Perry, the film is currently in pre-production and has filmmaker Karzan Kader attached to direct.

"Right now we are just in the script stages of it. [Casting local actors] will be authentic to the time and the place for show," Perry told Sowetan.

The star is getting ready for the release of the 11th and last installment in the Madea franchise, A Madea Family Funeral.

Perry has slipped into disguise as the grumpy elderly woman for 20 years. "She has had a long run and I don't want to be her age playing her. So I turn 50 next year and I think it's about time. When I did it on stage for the first time I thought this would be over soon. The next year people were demanding her.

THE Amy Biehl Foundation Trust this week urged kids at the Hlengisa Primary School in Nyanga to read and has donated 100 books to it. The ...
News
10 years ago

A BRONZE plaque has been unveiled at the Cape Town site where a white American Fulbright scholar was killed by black South Africans in apartheid's ...
News
11 years ago

"You can expect laughter like never before. There is a new brother that is introduced ... his name is Heathrow (also played by Perry). So it's Madea and Heathrow like never before. I think people are going to love it. I'm not trying to win any awards, I just want to keep people entertained..."

This is Perry's first visit to SA in 11 years. He attended the Global Citizen Festival: Mandela 100 at the weekend.

"Mandela was alive back then [when I first visited], but to see the spirit of what he intended living on is a beautiful thing. I met him the last time and it was surreal to see that this man who was in prison for 27 years forgave the people that imprisoned him when he rose to power," he said.

"This time, what surprised me the most was just the love that they had for me because last time nobody knew my name here. It makes me know that I have to come here more.

"I just started getting into the South African cuisine and music on this trip, so I have a lot to learn. I had some great oxtails though," he added.