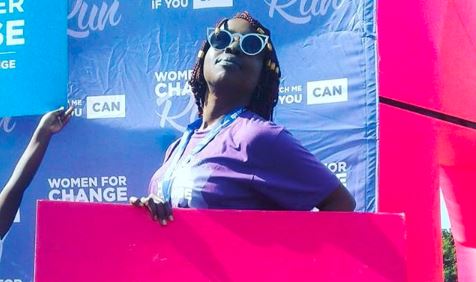 Ntsiki Mazwai topped the Twitter trends list after she said Global Citizen "spit" in the face of the poor.
Image: Instagram/Ntsiki Mazwai

Ntsiki Mazwai has once again landed on the Twitter trends list after she tweeted that the masses of people who were robbed, assaulted and hurt after attending the Global Citizen Festival, deserved everything that happened to them.

Festival goers found themselves stranded and vulnerable to criminals outside the FNB Stadium after the concert, which attracted over 70,000 people on Sunday, December 2.

Anyone who has Twitter or the internet knows that Ntsiki isn't a fan of Beyoncé, but on Monday, after her tweet, even her her followers turned on her.

Ntsiki tweeted that the concept of the Global Citizen concert was "evil", "ugly" and "excluded" people and because of that Global Citizen (and people who attended it by association) "deserved" to suffer at the hands of robbers.

The concept of this concert was evil, ugly and excluded most people. You deserved to get robbed for spitting in the faces of the poor. Then u put the show near the poor- aninyi perhaps?

In the weeks leading up to the concert, which was much anticipated as it had an impressive line-up that included Beyoncé and Jay-Z, Ntsiki threw low-key shade at the Carters and Global Citizen.

Twitter came for the poet for her "sick" tweets. They reasoned that no matter how much her hate is for B or Global Citizen, she shouldn't say such harsh words after scores of innocent were target as prey for criminals.

None of the concert goers deserved to get attacked and robbed. People got hurt, some were stabbed, young boys were using bricks to form human shields and protect their loved ones from harm.

So let me get this right, you believe that poor people were excluded & as a result wealthy people should be traumatized & violated? You live your life in search of your next @TimesLIVE headline I order to stay relevant. Sorry you didn't get a ticket.

Ntsiki you do realize the majority of people getting robbed were those who won free tickets, many of whom are poor themselves? The elites were escorted out in private shuttles.

To tell people they deserve to go through last night’s trauma is evil https://t.co/dQi4kGv2eh

I despise Ntsiki Mazwai's sentiments.....by implying that the attacks on concert goers were revenge attacks for "spitting in the face of the poor" she's casting an exceptionally dangerous stigma around poverty and casting poor people as criminals