This evening Black Twitter will celebrate and recognise tweeps (Twitter users) who have set the social media network abuzz this year.

The black community social media group, which acts as a change agent, will roll out the red carpet online for the 2018 Black Twitter Awards.

The awards, which are the brainchild of television and radio personality Spitch Nzawumbi and television producer Portia Gumede, hope to attract a bigger audience in their second year.

"The concept ... was fun when it started. It was a matter of saying, 'hey, it's almost towards the end of the year, how about we have some awards' and we're like-minded and we just met and discussed it and said 'let's do it'," said Nzawumbi.

Unlike other awards ceremonies, users don't have to dress up and head to a venue. They simply show up on "Twitter red carpet" in the comfort of their own home.

"Everything happens on Twitter, on the timeline. [Last year] there were even tweeps who would quickly go home [from work], change and take a picture and say this is what I'm wearing," he said.

Couple of the Year winners will be treated to a weekend away at the Kone Boutique Lodge in Limpopo.

For those on social media platforms, it only makes sense that users such as Taka Tina and lawyer/influencer Karabo Mokgoko are nominated in the Tweep of the Year category. 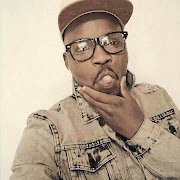 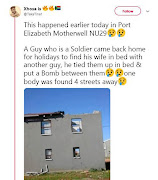 "This year we've got a new category called Skaba Hemisa award, which is basically a newcomer, somebody who has achieved so much. It could be an influencer, it could be somebody who is young who got a breakthrough on television, on radio or wherever," said Nzawumbi.

Millions of local users subscribe to the Black Twitter narrative which has, among others, changed perceptions and forced big brands to reconsider their stance.

Recently, insurance company Momentum bowed to Black Twitter pressure and made an about turn to pay out a R2.4m life cover claim that it had rejected for alleged non-disclosure.

Some of the nominees