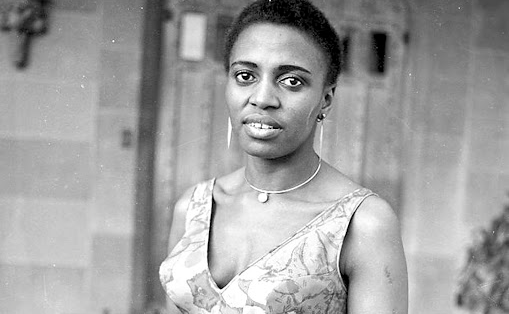 Miriam Makeba died in 2008 after suffering a heart attack.

Mzansi took a moment on Friday to pay tribute to legendary music veteran and activist Miriam Makeba, ten years after her death at the age of 76.

Mama Africa, as she was affectionately known, was a singer, actress, United Nations goodwill ambassador and a struggle activist.

She died at around midnight on November 9 2008 after suffering a heart attack shortly after a concert in Italy.

She will be remembered for hits such as Pata Pata and Qongqothwane (The Click Song).

She also advocated for Africa and SA in her work overseas like when she appeared on The Cosby Show to teach about our country.

This is why Miriam Makeba is called Mama Afrika

She always educated and advocated for African Land every chance she got. pic.twitter.com/kb9zCZrw00

Another incredible moment came a few years earlier when Ma surprised the cast of a theatre production of Sarafina in New York.

An emotional moment when Miriam Makeba met with the theatre cast of Sarafina in New York, 1988. pic.twitter.com/PTIx3tF4Bc

In a year where we have lost a number of musical stars, the nation took to Twitter to celebrate Mama Afrika.

It has been 10 years. Mama Africa Miriam Makeba - rest in peace our Icon, Queen and Mother. ??❤️ #MiriamMakeba #MamaAfrica pic.twitter.com/AUmBLdZaXT

Miriam Makeba is so underrated.

"You shoot a bird in South Africa, you go to jail. But you shoot a nigger and it's ok." Miriam Makeba

'Cause We Live For Love

The icon's icon. A true and beloved superstar of legendary proportions. Long live the memory and music of MIRIAM MAKEBA.
4/3/1932 - 9/11/2008 pic.twitter.com/2KTqQQcDTW