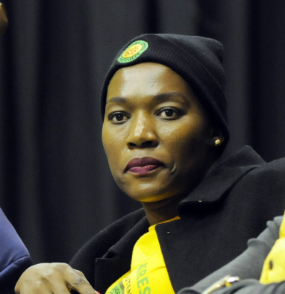 Some Limpopo musicians have accused the provincial MEC for sports, arts and culture Thandi Moraka of overlooking them in favour of outsiders for the Mapungubwe Arts Festival. The event, scheduled to take place in December, features prominent artists in the music industry.

The angry artists, who form part of an organisation called the Limpopo Artists Movement (LAM), said Moraka was depriving them an opportunity to perform in front of home fans, putting a dent in their source of income.

Represented by LAM president Mphoza Mashabela, the artists said they were worried a gospel festival meant to cater for local artists was cancelled at the eleventh hour because there was another gospel festival organised by Thobela FM as part of the radio station's annual celebrations. They said Moraka had claimed her department had teamed up with the station to avoid a counter-attraction.

According to Mashabela, some of the artists billed to perform at the Mapungubwe Arts Festival had received the nod “year in and year out”.

“The practice of inviting similar artists to perform every year deprives our members of opportunities to make money and support their families,” said Mashabela, adding that the festival aimed at promoting local artists. Now the artists want Limpopo premier Stanley Mathabatha to intervene.

“It can't be that artists from this province just watch as huge amounts of money is paid to musicians from outside [the province] while they are starving. We want this matter to be looked into as a matter of urgency."

Mashabela explained that a meeting with the MEC on October 4 failed to resolve their concerns. “We want a rotation of project managers who are responsible for inviting artists to perform at the event because we believe they are getting kickbacks to feature the same musicians every year," he said, threatening that LAM members had resolved to boycott the festival.

“We have legends in the music industry from this province - such as Steve Kekana, Spenzaman and many others - who have never been invited to perform at the event which is taking place in the province of their birth. What do you call such?”

Moraka said it was a mistake for the artists to think that the festival was for Limpopo people alone. “I want to appeal to the artists who are complaining to give others a chance to perform. We cannot have them all perform at the same event year in and year out,” said the MEC, adding that the event aimed at marketing the province [to outsiders].