Image: Via Penny Penny's Instagram Penny Penny has given his views on the leaked sex tape.

Music veteran Penny Penny has slammed culprits responsible for leaking a sex tape of home affairs minister Malusi Gigaba, claiming it is another example of "embarrassing our culture as black people".

A video of the minister performing a sexual act surfaced on social media on Sunday and led Gigaba to issue an apology to his family and the "South African public for the pain and embarrassment the likely wider distribution of this private material will cause."

Gigaba alleged the video was stolen when his phone was hacked in 2016 or 2017. He further claimed that it is an attempt to allegedly blackmail him.

As social media users reacted to the video, Penny Penny called for action to be taken against those who had leaked the video and encouraged other men not to get caught with their pants down.

"What I see on social media about publishing leadership is not good because they (leadership) are human beings. Private is private. To me, it is totally wrong. What about his children to see their father's private part? I would like to appeal to everyone who saw this not to blame him, the one who published this is insulting to all men and something must be done to control the publishing of human private parts.

"I also want to warn all the men who are shooting sex videos to please delete or not do this at all. We are no longer safe."

Penny said such incidents were an embarrassment to black culture.

Penny said he could sympathise with Gigaba because his own phone was hacked earlier this year but said because he "behaves" himself he had no material that the hackers could blackmail him with.

"Once again, guys please let us delete all this funny videos for the sake of our kids and and our fellow South Africans," he added. 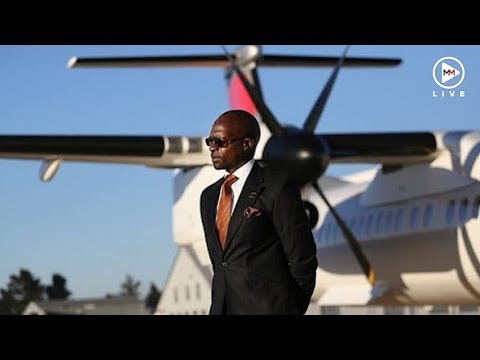