Selbeyoncé ends his year on a high note 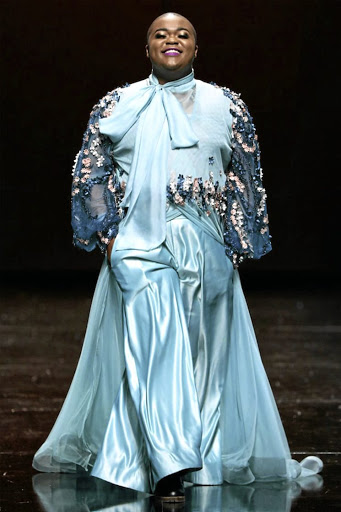 Selby Mkhize has had acting cameos on Uzalo and Generations: The Legacy. He wants to focus on getting more acting roles.

Mkhize started the year on a sad note, following the untimely death of his partner in a car crash. "My boyfriend passed away on January 2. I always say he is the one who is working hard on the other side to make sure I'm this fortunate."

The 29-year-old supernova takes me along on a wild joyride that is his weekday afternoons, holding it down on SA's biggest radio station.

Together with the legendary Khathide "Tshatha" Ngobe, they host popular afternoon drive show Woza Nabangani Bakho between 3pm and 6pm.

The duo has been together on the show for three years.

"It all started in 2014, twice a week, on Monday and Friday. There was a huge demand for me," he recalls.

"People were so curious and they started to enjoy my work. From there I joined the team on a full-time basis and the listenership grew massively.

"To see those numbers growing like that it was shocking and just awesome. I could pinch myself."

To seal off his explosive year, he is nominated for favourite radio personality at the DStv Mzansi Viewers' Choice Awards. He will duke it out with DJ Fresh, Anele Mdoda, Dudu "Lady D" Khoza and Thuso Motaung.

"It's been an awesome year and I'm very nervous as we get closer to the awards. This is such a big deal for me, to be recognised among such great people," he says. "I think I have arrived; the nomination says it. A win will mean everything is possible, I have worked extremely hard and the game is going to change.

"This is the life that I have always dreamed of, but I never thought it will come so soon. I always thought I will have to work for decades to get here.

Mnisi saves the day at the SAFW

"Every single day being able to speak to seven million viewers is just a highlight on its own. The fact that I'm getting this nomination means someone out there is listening."

He gets very coy when I refer to him as a LGBTI+ icon. Mkhize identifies as a gay man, although the use of the she pronoun while referring to him doesn't bother him either.

He sometimes endures some bullying, especially on social media, about proudly embracing his sexuality, but he takes it in his stride.

"It's hard at times. There is always going to be someone who will say something harsh and doesn't like you. But just hold your head up high and kill it."

"One never realises that so many people in the LGBTI+ community look at you as a role model. Every day is just about pleasing my bosses, but then you realise what impact you are making.

"So to any homosexual kid who doesn't have a large platform like I do, I am here to speak for you. Look at me, it can happen for you too."

Johannesburg Pride was held on Saturday October 27 2018, in Melrose Arch, and those attending did not disappoint when it came to their outfits for ...
News
2 years ago

The oldest of three kids, he was born and raised on the rural farm of Amaotana in KwaZulu-Natal.

"I had a very normal childhood. There was nothing to do for a black child there, unless you take the decision to push and empower yourself.

"It's easy for a child from such an area to be exposed to bad things. I chose not to go in that direction."

In 2008 he moved to Joburg in pursuit of an entertainment career, but it didn't work out, so he packed his bags and headed back home.

"I don't think I would have been this big had I stayed there. How many Selbys are there in Joburg? I had to come back home."

So what sets him apart from the pack? "I'm loud and I stand up for myself. I know what I want and I go after it."

'Transitioning is about self-love'

"I always felt this constant discomfort with who I am and who I see in the mirror when I wake up every day."
News
3 years ago
Next Article