Penny Penny now has his own funeral plan 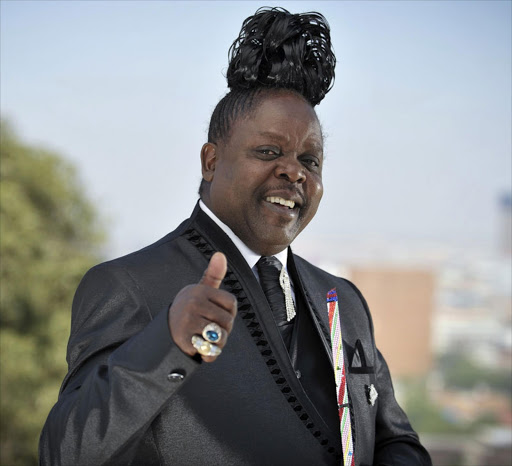 Months after a failed bid to be premier of Limpopo‚ veteran musician Penny Penny has gone into the funeral business‚ expanding his empire with the launch of funeral cover bearing his name.

The reality show star took to social media on Thursday to announce the business venture and detail some of the benefits to people who buy his plan - like a tombstone‚ livestock‚ groceries‚ airtime and a free tent.

The policies are underwritten by 3Sixty Life‚ a black-owned insurance company established in 1993 and also provides policies to Doves funeral company.

Speaking to TshisaLIVE‚ Penny Penny said he decided to launch the cover to help those who were disadvantaged and could not afford funeral insurance.

"I am a people's person and want to help disadvantaged people that couldn't afford funeral costs. The premiums are expensive so I wanted to introduce a policy at a cheaper price."

He said the reaction so far has been great with people from around the country contacting him for more information about the cover.

"We are planning to open mobile offices across the country in the near future so even those people who haven't seen it online can learn about it and it can help them. It is for the young and old. It is for everyone. We want to take it to neighbouring countries and bring cheap funeral cover to people who need it."

The star started a foundation last year called the Penny Penny Foundation where he gives out food parcels to as much as 50 people each month‚ financed from his salary as councillor in Giyani.