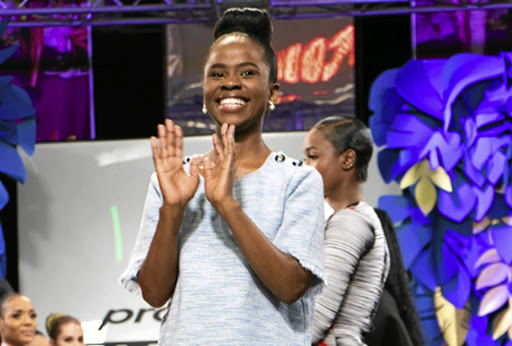 While Kentse Masilo's Project Runway SA win may have come as a surprise to some viewers, she told Sowetan's sister publication TshisaLIVE she always knew the crown was hers.

Masilo wowed viewers and judges of the show for several weeks as she introduced her bold designs that some thought came straight out of a sci-fi movie.

She says the designs were inspired by her desire to shake up the local fashion industry.

When TshisaLIVE spoke to Masilo on the morning after her win, she said she was overwhelmed with the love she had received.

"I am so happy because the finale was pre-recorded I had to keep it in but I am so glad I can now celebrate and let everyone know I am the winner," she says with an excited shriek.

While the #TeamKentse fan club welcomed her win, there was a wave of complaints on her being a "judges' favourite".

The naysayers suggested that next year the winner should be decided by public votes.

Even the show's host Lerato Kganyago came under fire, having to defend herself and the judges on Twitter.

Masilo says she wasn't bothered by the hate because she always knew she would win.

"Honestly, I was so hungry for an opportunity and wanted it so bad that I believed I could take it home. I didn't doubt it for a minute.

"Project Runway was an opportunity to get my name out there and I am grateful for it. Those years of praying and working hard have paid off."

She says people who were fighting her just needed to get used to her designs.

"I totally understand their criticism because my designs are really new and it will take some time to get used to them.

"The plan is to disrupt the fashion industry and come up with something new and innovative that will elevate African fashion."

While Kentse Masilo’s Project Runway SA win may have come as a surprise to some viewers‚ she told TshisaLIVE that she always knew the crown was hers.
Lifestyle
3 years ago

Masilo walked away with prizes worth over R1m, including a pop-up store at Paris Fashion Week, a mentorship and prizes worth more than R400 000 from Edgars, a Lexus CT 200h luxury compact hybrid car worth R530 000, a trip to New York Fashion Week and R20 000 from TRESemme towards her first showcase at South African Fashion Week.

She also got Kelso Beauty products worth R30 000, a R10 000 shopping voucher from Menlyn Park Shopping Centre, a Bernina sewing machine and overlocker, and a two-night stay at Bakubung Bush Lodge.

Little did anyone know that Masilo has been praying for years to go to Paris and showcase her fashion there.

"It is something I have wanted for a very long time. My friends and family must be so sick of hearing me talk about Paris. I don't think it was a  coincidence that one of the prizes I won was to go to Paris Fashion Week. It is everything I ever wanted."