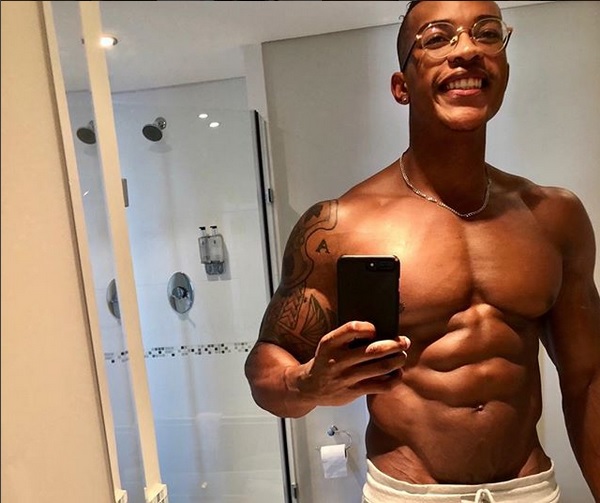 The 10th Feather Awards have already ruffled a few feathers.

Just five hours after the nominations were announced in Johannesburg this afternoon, the awards celebrating the LGBTI+ community announced that model Tumi Seeco’s nod had been withdrawn with immediate effect.

This comes after it emerged that Seeco had in the past “ sent out homophobic content on his twitter page.”

“As an event dedicated to fighting homophobia and discrimination against sexual minorities, the Feather Awards has a zero tolerance attitude to such prejudice. Tumi Seeco’s nomination is withdrawn with immediate effect,” the statement reads. 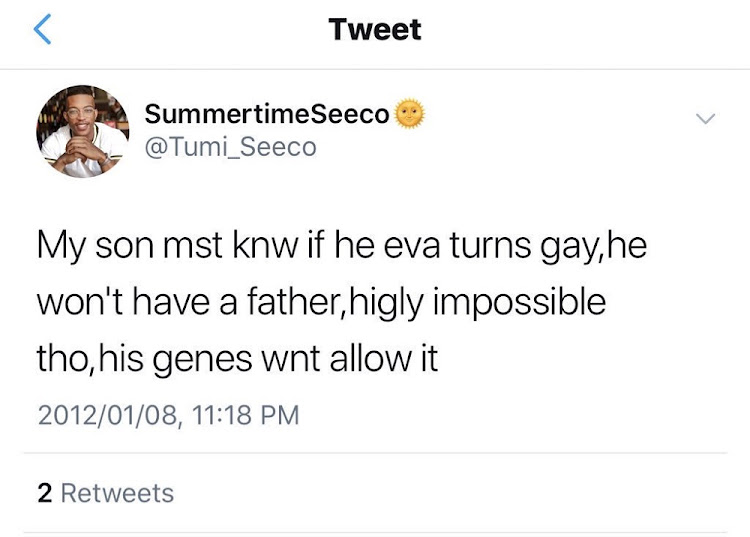 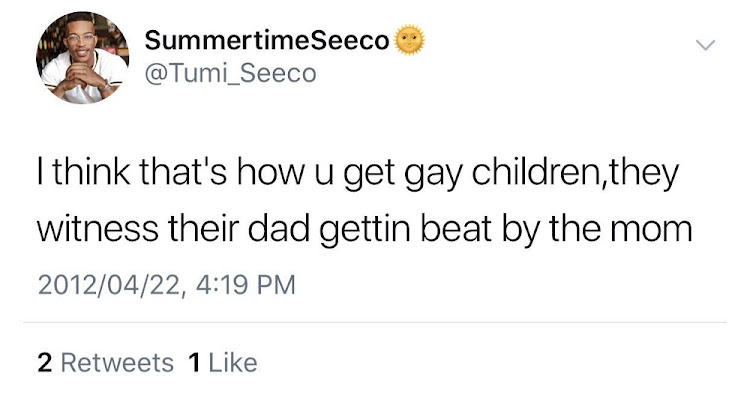 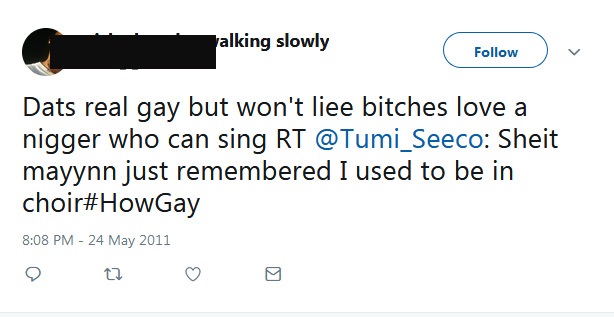 Seeco was nominated in the hunk of the year category with former The Queen actor Thabang Molaba and Ring of Lies star Bohang Moeko.

He will now be replaced by Advocate Dominic Khumalo – popularly known as ANC Bae.

“The Feather Awards extends their heartfelt congratulations to the Advocate on the occasion of his nomination, and wishes him all the best in the run-up to the awards event,” the statement concluded.