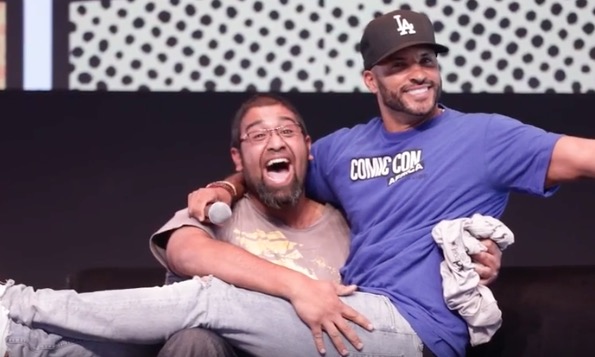 American Gods star Ricky Whittle was in South Africa for the first time as part of the line-up at Comic Con Africa held over the weekend in Johannesburg. And he said he wants to crush stereotypes about Mzansi.

He said that South Africa has a stereotype about being dangerous but he wants to change that perception.

"It is beautiful here. The people are incredible," he said.

Whittle plays Shadow Moon in the TV show American Gods and chatted to us about gaining weight for the role and how he's different from his character.

Of course, considering he's an extra helping of yummy, fans actually teared up when Whittle showed them love.