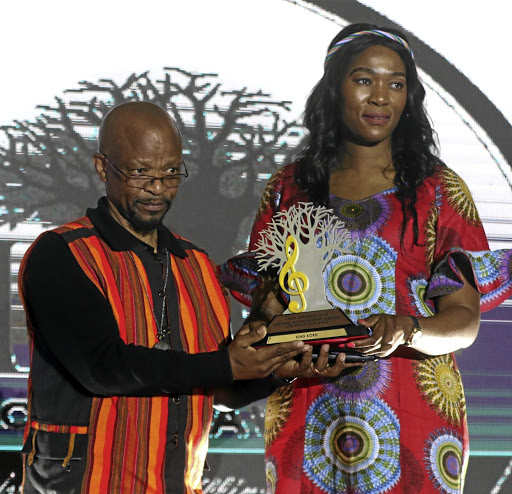 Despite a lukewarm reception at the second annual Limpopo Music Awards (Limas), newly minted MEC for sports, arts and recreation in the province Thandi Moraka is determined more than ever to prove herself.

Moraka was appointed by premier Stan Mathabatha after her predecessor Onicca Moloi infamously resigned on Facebook in July.

Sporting a fiery high-low gown, a statuesque Moraka honoured Dr Sello Galane with the Lifetime Achievement Award towards the end of the ceremony. Moraka was outwardly nervous as she reiterated twice that she was the "newly appointed" MEC,
before she awkwardly made a few blunders in her introductory remarks.

After Galane delivered his electric acceptance speech that received a standing ovation, she attempted to capitalise on the euphoric moment with a two-minute speech to assure artists in Limpopo that they are in good hands. The plea seemingly fell on deaf ears as the chatty audience broke out into loud noise.

"You know our artists, the risk is that when you speak towards the end of the awards you run the risk of talking to yourself," Moraka brushed off the moment to Sowetan afterwards.

"I think next time we must be the people that open officially, so that we can receive the attention of our people." 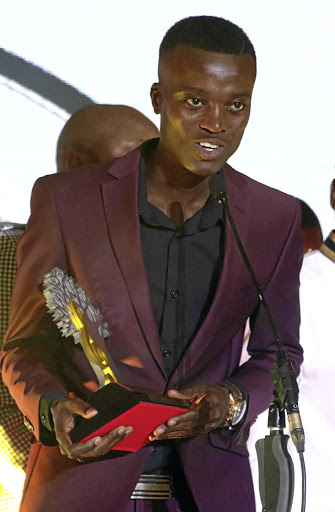 King Monada with his song of the year award during the Limpopo Music Awards in Polokwane./credit
Image: ANTONIO MUChAVE

She added that next year her department would like to partner with the organisers of the Limas. The awards were founded by Fortune Maswanganyi, better known as DJ Cappuccino. Moraka also reiterated to Sowetan that she was in no competition with Moloi.

"I'm not in competition, what I can do is to make sure I serve the people of Limpopo with pride, dignity and commitment that they deserve.

"The previous MEC is my comrade," she said.

Aside from hitting an embarrassing snag at the beginning of the night, the Limas culminated to an explosive peak. Earlier in the night, after walking the black carpet some of the nominees and artists including Best Kwaito winners Team Divine and Best Radio DJ Hellen Seabi were stranded outside the arena due to a shortage of tags.

Khelobedu artist King Monada was the biggest winner on the evening, scooping three awards, including Song of the a Year for his hit Taba Txaka Ke Txaka. Tsonga artists Benny "The President" Mayengani followed a close second with two wins. The awards were hosted at the Meropa Casino, in Polokwane, by Thobela FM's DJ Lethabo "LeJoy" Mathatho and Generations: The Legacy actor Kope "Tswyza" Makgae.

"I didn't join the ANC for blue lights".
News
2 years ago
Next Article