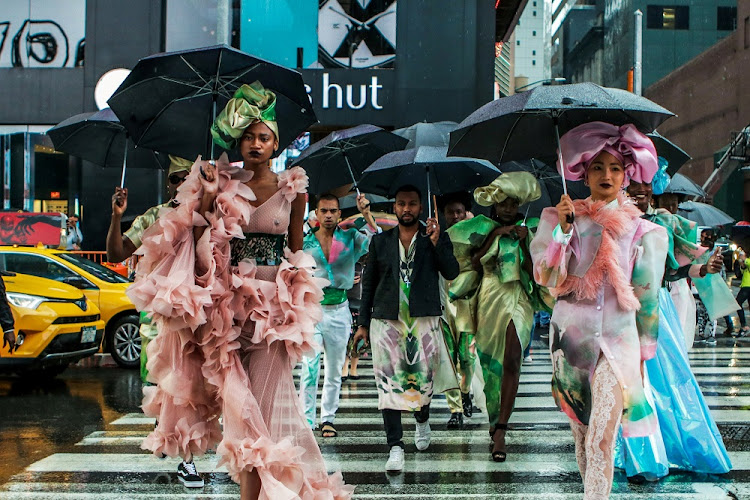 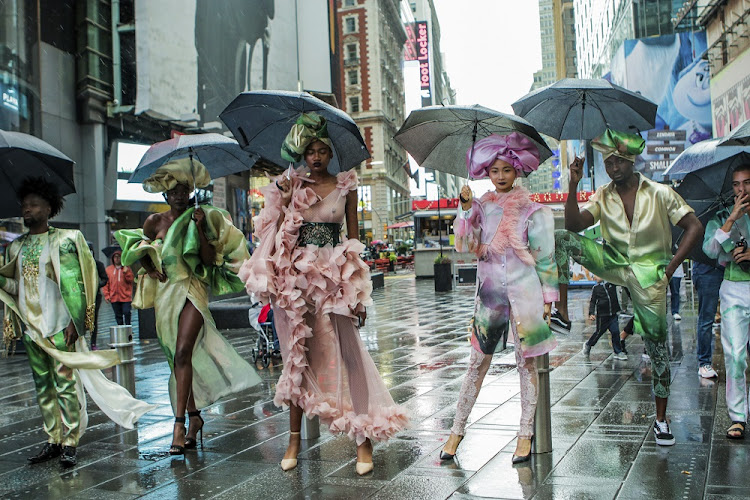 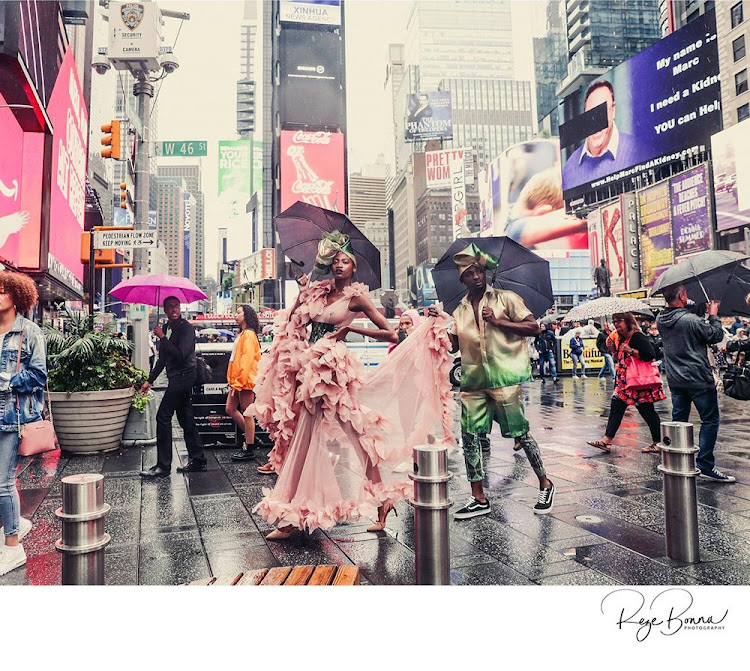 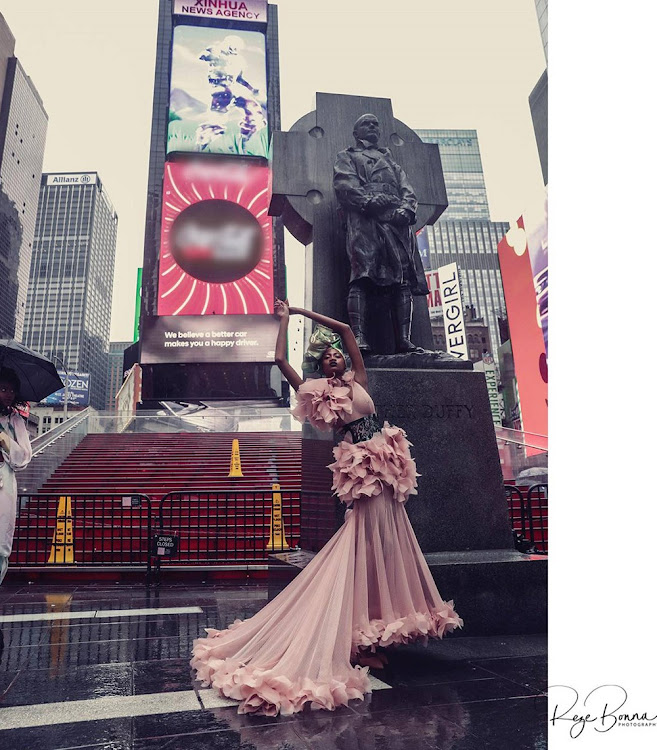 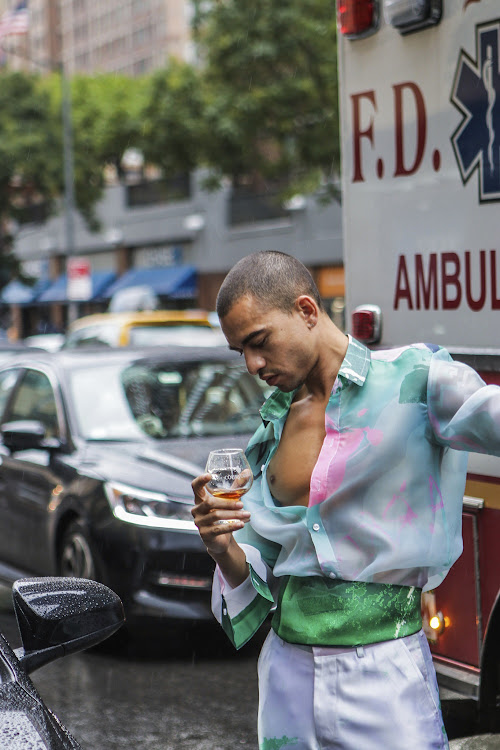 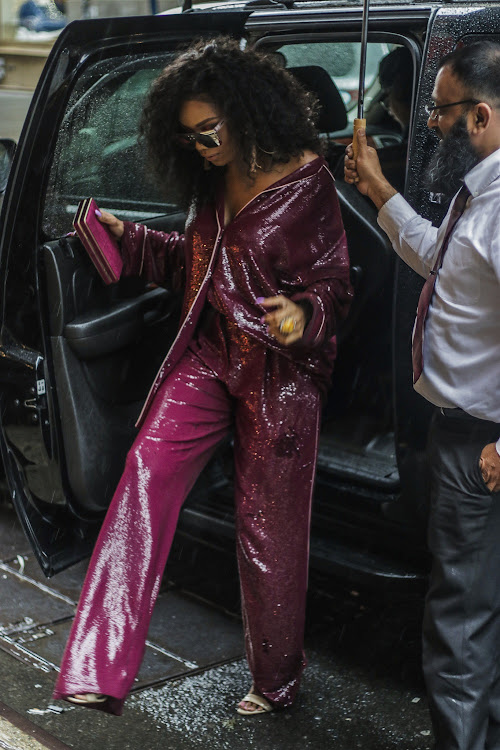 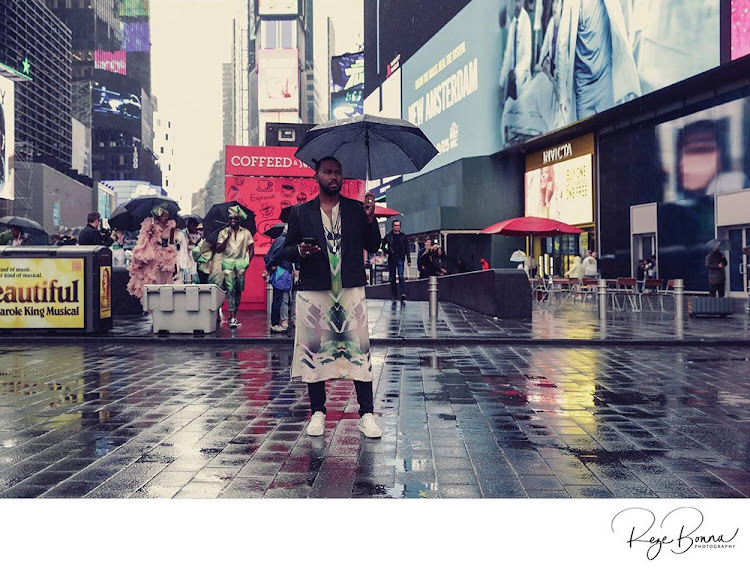 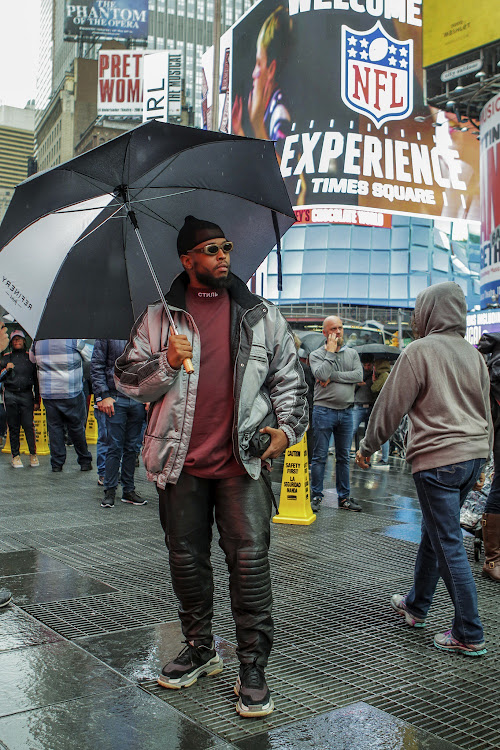 Not even the rainy weather could spoil the show-stopping fashion fantasy as local couturier David Tlale unveiled his spring/summer 2019 collection on the fast-paced streets of New York City.

Titled Azania and unveiled during the ongoing New York Fashion Week, the collection captured the freedom of movement, as well as, the hustle and bustle that comes with the city that never sleeps.

“We woke up on Sunday morning and realised it was going to be raining the whole day. My take was: life goes on, fashion week goes on and the presentation must go on. This is why you have umbrellas,” he said.

“I believe it rained for a reason, and I know for sure that fashion is art and so this art form’s presentation was completed by the rain.”

A burst of African flair was brought in the form of the layered turbans that the 15 models donned.

“I have not been on the stages of New York for four seasons and now coming back and showcasing in this manner was purely saying ‘We are coming back with a bang!’”

TV maven Bonang Matheba, looking like a disco diva in a sequined Emilio Pucci suit, was in attendance. Rapper Anatii also made an appearance.

The collection was showcased in two iconic New York locations – Times Square and the Highline.

“The highlight for me on the day of the showcase was seeing the David Tlale brand turn heads in New York and seeing people getting out of the cars in the rain,” Tlale said.

"Excuse me... Sorry... Lady... Ausi... It was brought to my attention that you ain't s***," is how I fell in love with Boity Thulo.
Entertainment
3 years ago
Next Article