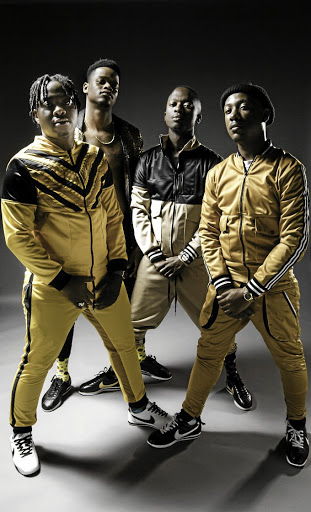 Newly united band Nu Era's blend of old and new school is proving to be a winning formula.

The band which is made up of DJ Cleo's former protégés and dance group Teddy Bears and two former DBN NYTS members is set to debut its new video to its soundtrack Iyakhuluma.

The single, which was released earlier this year, is currently sitting on the Top 100 charts at number 13.

For those who have not been around a bit longer, Teddy Bears is the dance crew which was featured on dance queen Chomee's Hlokoloza track while DBN NYTS is the band that brought us club banger Shumaya a couple of years ago.

The group, which is signed under Israel Media, is made up of Samkele "Soozan" Maphumulo, Lwazi "Slozet" Yokwana, Shayo Dube and Kheso Gwala.

Unathi being true to her music, self

Singer gears up for tour.
Entertainment
3 years ago

With their dance energy and gqom music dance, it's no wonder the group is currently doing well on the music charts.

In a statement released ahead of their video release, the group said their union is set to work out perfectly.

"Amidst the rumours of their break-up and troubles that arose when things did not go according to plan, Samkele and Lwazi with their former band DBN BYTS, they had no choice but to find a new way of utilising their God-given gifts.

"The same applied when their fellow entertainers from Teddy Bear, Shayo and Kheso understood their vision.

"They had not been active for almost two years after their split with DJ Cleo's Wheels of Steel when things finally came together."