Fans paid their respects en masse throughout the week to US music icon and “Queen of Soul” Aretha Franklin, whose body lay in a golden casket while dressed in a red dress and matching stilettos in Detroit.

The 76-year-old singer, beloved by millions around the world, died of cancer on August 16, closing the curtain on a glittering six-decade career that made her one of America’s most celebrated artists.

Thousands of people are expected to bid her farewell at the Charles H. Wright Museum for African American History on Tuesday and Wednesday, at her father’s New Bethel Baptist Church on Thursday and a star-studded funeral on Friday.

White-gloved, sharp-suited pallbearers escorted her casket into the museum for the first of two days of 9:00 am to 9:00 pm viewing, where she lay in state surrounded by enormous clouds of pink, white and purple roses.

“I broke down when I seen her. She was beautiful,” said nurse Monique Valentine. “It was just an awesome experience. I was glad to be here.” The gospel, soul and R&amp;B star influenced generations of female singers from the late Whitney Houston to Beyonce with unforgettable hits including “Respect” (1967), “Natural Woman” (1968) and “I Say a Little Prayer” (1968).

People camped out through the night to pay their respects to a woman considered royalty in her Michigan hometown of Detroit, and traveled from far and wide, at times breaking into song or wearing Aretha T-shirts. They queued down the street and around the block, swaying to Franklin tracks or breaking into song and dance, with a steady flow trickling inside.

“Thank you Queen, thank you for all your years of loving us,” said one woman, dressed in a floral romper suit dancing with her friends outside the venue to Franklin’s 1985 hit “Freeway of Love.” 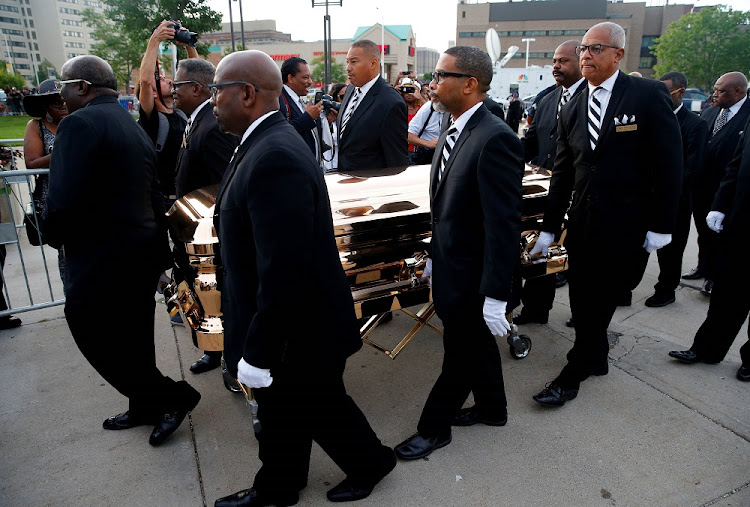 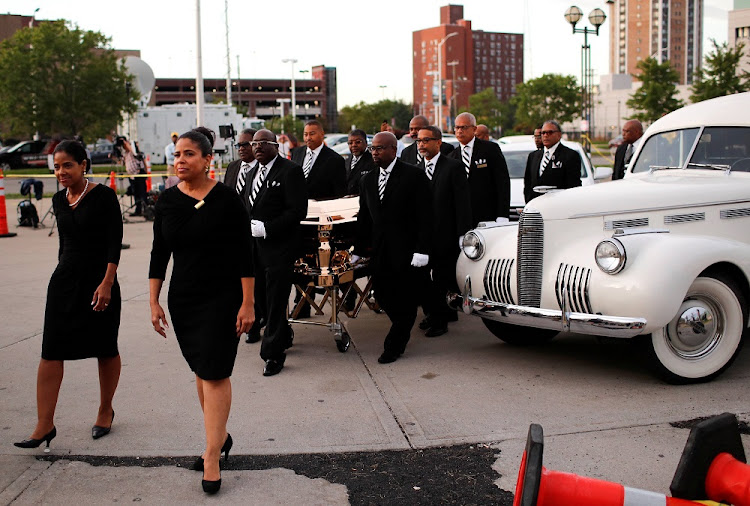 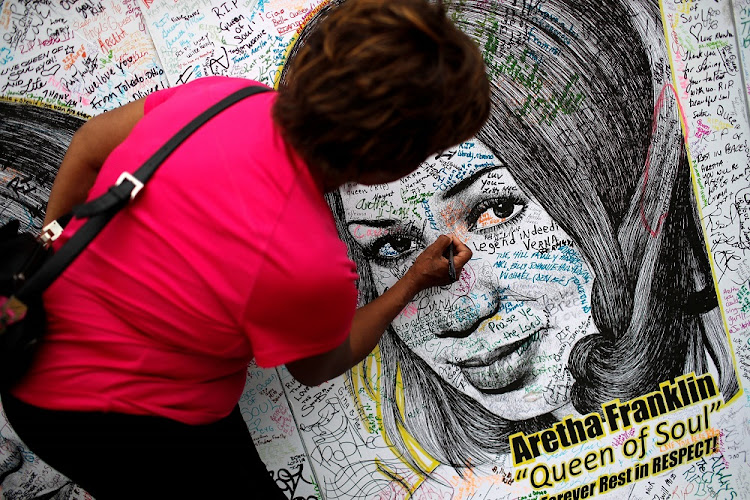 In the marble museum, people gazed at the musical icon, resplendent in her finery. Outside, they posed for snapshots next to her cream hearse. CNN reported that it was the same 1940 Cadillac LaSalle that transported the body of her father and of civil rights icon Rosa Parks in 2005.

Franklin is resting in a 24-karat casket, the network added. A group of five friends told AFP they drove from Chicago, dressed alike in white pants and blue Franklin T-shirts to pay their respects despite heavy rain sweeping parts of the Midwest.

“It was beautiful, like she’s laying on a cloud,” said Clemey Robinson. “You can only look that restful and peaceful when you’re at home with the lord, so I know where she is and she’s in a better place and she looks wonderful,” added one of her friends, Kim Harrison.

A free tribute concert honoring Franklin’s life will be held late Thursday, on the eve of her funeral at the Greater Grace Temple, where Stevie Wonder and Jennifer Hudson are among stars expected to perform.

Clinton, Smokey Robinson and civil rights leader Jesse Jackson will address the invitation-only service, which will be broadcast to the public from a large screen outside.

More than 100 pink Cadillacs are expected to file in outside the church, a nod to “Freeway of Love.” The car company was founded in 1902 in Detroit, for decades the home of the US motor industry. Franklin married and divorced twice, and had four sons, including two by the time she was 15 years old.