A video of British Prime Minister Theresa May dancing during her visit to Cape Town has gone viral, with social media users rating her dance moves.

May arrived in Cape Town on Tuesday morning as part of a one-day working visit to South Africa - her first since becoming PM in 2016.

She has pledged to focus on African investment and new trade deals ahead of Britain leaving the European Union.

“As prime minister of a trading nation whose success depends on global markets, I want to see strong African economies that British companies can do business with. I want to create a new partnership between the UK and our friends in Africa built around shared prosperity and shared security.”

Wearing black pants, with leopard pumps (yay for comfort), a white top and red jacket, May was ready for action. A lot of arms and feet, but at least there was co-ordination.

Perhaps a visit with Babes Wodumo should be put on the agenda. #Justsaying 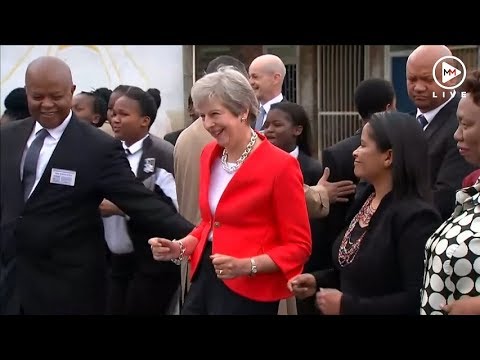