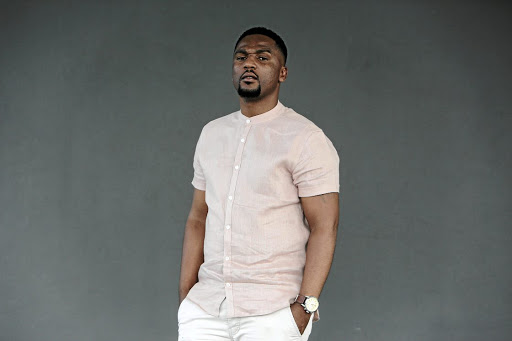 Musician Nathi Mankayi is in a contract dispute with a record label boss.
Image: Alaister Russell

The gloves are off between Afro-soul musician Nathi Mankayi and his former label Muthaland Entertainment.

The record label, which made stars of the likes of Zola and Vusi Nova, is entangled in a bitter split with Mankayi which might head to court.

Muthaland boss Lance Stehr has threatened to take the Nomvula hitmaker to the cleaners for an album he allegedly still owes the stable.

However, Mankayi's management has hit back, saying the record label had no contract with the star.

Stehr denied that his company owed the artist any penny. He also explained the circumstances behind the lack of a written contract.

"The reason we don't have a contract in place is that the contract was sent to the municipality (in the Eastern Cape) and Nathi's lawyers and he never signed the contracts.

"We were in negotiations with the municipality about how the contract should be structure," he said.

Nathi Mankayi explains why Iphupha Labantu is his happiest album

The soulful singer explained that his life changed and his new songs are filled with gratitude and love.
Lifestyle
3 years ago

The municipality had initiated the contract with Muthaland after Mankayi had won a competition.

Stehr said they had a verbal agreement with the star that he would release three albums under his stable and he would be free to start his own company after that.

"It's very sad that it has come to this at the time that Nathi's career has really taken off and we were all very excited about his music.

"In the time that we had worked with him there was a substantial amount of money that he earned and managed to buy a huge house, cattle and cars.

"We tried to keep his account in order but it's obvious now that we are going to take a legal route to stop him from defaming us," Stehr added.

Sowetan has seen proof of payments and financial transactions into Mankayi's accounts which amounted to close to R6-million in the 18 months that Mankayi was with the record label.

Nathi Mankayi on why he strictly speaks Xhosa

Mankayi compared his decision to that of celebrated athletes and soccer players‚ like Messi.
Lifestyle
3 years ago

A house worth more than R3-million was purchased by the company for Mankayi, two cars, including a Jeep and a Mercedes-Benz were also bought and a sum of R1-million was transferred into his company's business account last year.

Muthaland Entertainment also made direct payments for medical aid and maintenance for five of the star's children during the period he was with them.

Mankayi's new manager China Mpololo confirmed that cars and a house were bought for the star but said it was Mankayi's money.

"Whose money was used? You must check what was his (Stehr) balance before Nathi came in and which other transactions did he have besides Nathi that generated money for them," Mpololo said.

He said the star's legal team was working on the matter.

Mpololo said the Mankayi was focusing on his new album which was released last month under his own record label Mankayi Entertainment in partnership with Gallo Records.

About Muthaland's verbal deal with Mankayi, Mpololo said: "They are not smart. How do you have an artist and not have a contract?

"It means you are doing your business in a mickey mouse way."

'Vusi Nova brought me to Ghetto Ruff, but he doesn't own me' - Nathi