By Karishma Thakurdin And Kyle Zeeman

EFF leader Julius Malema joined hundreds of mourners and the hip-hop industry as a whole in celebrating Linda 'ProKid' Mkhize's life at a memorial service at Bassline‚ Johannesburg on Thursday afternoon.

ProKid died on August 8 after suffering a seizure.

Julius told mourners that he didn't intend on speaking too much at the service because he wanted to listen to the challenges facing hip-hop artists so that they could help.

"I have heard about Pro's contribution and you keep on saying he contributed to Soweto. It is not Soweto that he contributed to. Soweto is a synonym for black peoples' place so he contributed to the people of South Africa and to blackness. Black people today are confident because of people like Pro who are never ashamed of who they are and where they come from‚" Julius said.

The afternoon has been filled with touching tributes and electric performances in ProKid's honour.

AKA who was mentored by Pro struggled to find words to express himself‚ saying that it was difficult for him to believe that he won't ever see him again.

Kwesta said he was grateful for the impact ProKid made in his life and that everything he is as a rapper is because of the Dankie San hitmaker. 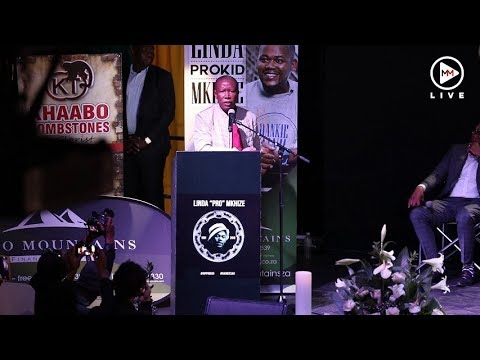