‘I met Pro when I was a skinny, coloured kid with an American twang’ – AKA 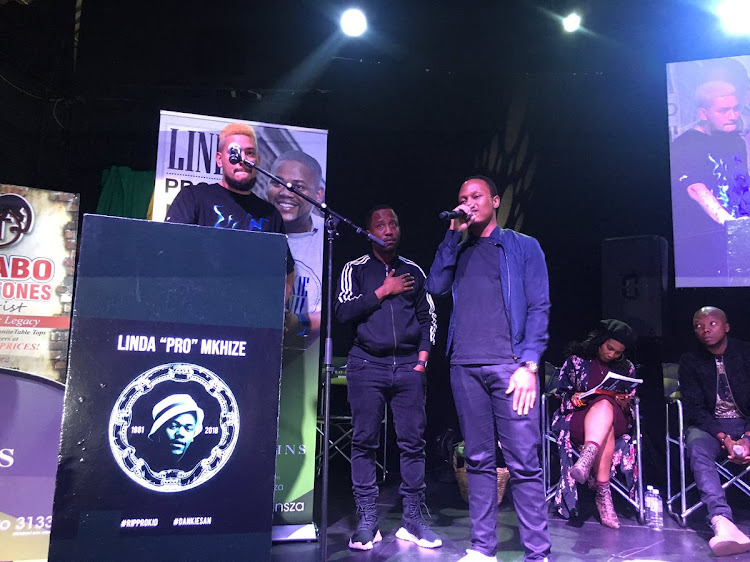 AKA speaks at the memorial service

Rapper AKA paid tribute to fellow hip hop artist Linda ‘Pro’ Mkhize during a memorial service held at the Newtown Music Factory in Johannesburg on Thursday.

The ‘Baddest team’ team rapper spoke highly of late Mkhize. He told mourners that 'Pro' allowed him into his space even though they were from different worlds and had nothing in common.

“I wanted to be an artist but at the time I was just a corky, know-it-all, skinny, coloured kid with an American twang,” he said.

“Me and Linda come from different worlds. He had no reason to uplift me,” AKA said.

He described ProKid as ‘charismatic and smart’.

“I used the studio sessions to soak up everything that I could, I looked at him and thought: ‘this guy is like something I’ve never seen before.’

He recalled the kind words Mkhize had spoken to him at the launch of his career.

"I asked him, ‘Pro do you think I can do this thing in English? He laughed at me and said you can do anything."

Rappers AKA and Kuli Chana paid tribute to hip hop icon ProKid at the Bassline Theatre in Newtown on August 16 2018. ProKid died on August 8. According to his family, his death was caused by hemosuccus pancreaticus.