'R1.6m deposit was made to US agency to secure Taraji P Henson' - conference organiser 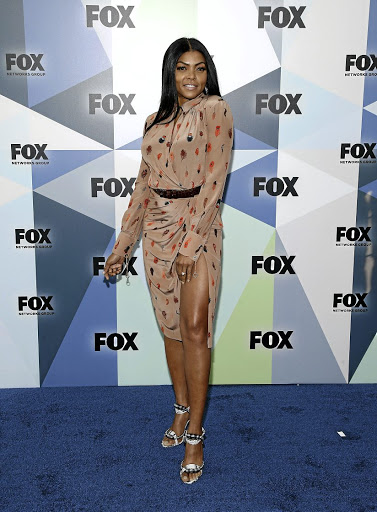 A deposit of R1.6m was made to a US agency to secure Hollywood actress Taraji P Henson's availability for a women's conference in South Africa next month.

Organisers of the International Women in Media conference are involved in a nasty social media battle with the Empire actress after she claimed she did not know about the event.

Henson and Oscar-winning actress Halle Berry were unveiled on Wednesday as crowd pullers for the inaugural conference, which is scheduled to take place at the Sandton Convention Centre next month.

Henson took to social media shortly after the announcement, distancing herself.

"I am working on Empire. It is impossible for me to be there. I hate that this organisation is misleading my fans," she tweeted.

She also called news of her coming to the conference as "fake news" and "false advertising", calling on her fans not to buy tickets to the show.

Sowetan has seen a contract that states that a New York agency, Superstar Agency, was the mediator between Henson's management, 42 West PR, and event organisers 21st Century Group.

The contract, which is signed by her management, shows that Henson had charged a total fee of over R3.3m, which includes flights, accommodation and security for her and her entourage.

Speaking to Sowetan yesterday, 21st Century board member Brenda Madumi said it did everything by the book.

"We have people we work with who are in the US who have been checking on our behalf if these [companies] are reputable...

"Superstar has been around and have done these things before, so there was no reason from our side to doubt," she said.

Madumi said in the wake for Henson's remarks, they had launched an investigation.

"They [Superstar Agency] have received our money. They are in communication with Taraji's management and they have sent over the contract and they are of the view there was an understanding and Taraji is booked and confirmed," she said.

Madumi said the event would go on with the other confirmed speakers and tickets would now be free.

Bonang Matheba has pulled out of the inaugural International Women in Media conference after Empire actress Taraji P Henson denied being part of the ...
News
2 years ago

Organiser 21st Century Group had announced on Wednesday morning that Henson would appear at the event.
Entertainment
2 years ago
Next Article