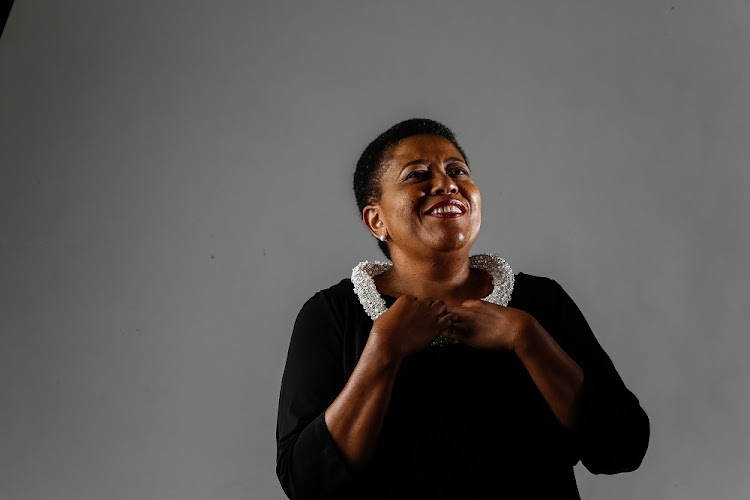 Jazz legend Sibongile Khumalo hopes to uplift South African spirits as one of the headline acts at the annual iMbokodo Jazz festival.

Speaking to SowetanLIVE during a rehearsal at the Elangeni Hotel on Friday she said: “One is hoping to provide a programme that will remind people of what is important in our lives and that relationships with people around us are important and that they make it easier to handle life.”

Khumalo said that music had an important role to play in the country‚ especially because of all the challenges the country faced.

“I want to present something that will hopefully inspire because we live in a very tricky time right now. We have just come from The Total Shutdown [protest march]‚ land hearings‚ and we are in the middle of a lot of difficulties‚ but we are being called upon to be grateful about what we have‚” said Khumalo.

Stressing the importance of mental health and the role music played‚ she said: “Music has a role to play in anchoring life in general. How you interpret it is a choice that you make as an individual. Music is a healer‚ it's very intrinsic in our life."

The iMbokodo Jazz Festival is a flagship annual event organised by the South African Jazz Appreciator Association and plays host to some of the countries greatest female jazz artists.

One such artist is multi award-winning vocalist Nqobile Mchunu‚ who is known to the jazz world as Talie Monin.

Born in South Africa but based in Hong Kong‚ she will be performing on her home soil for the very first time.

“I am looking forward to giving back to the people the matter most to me‚ the people in my hometown‚ I am excited for them to hear my music and to be working with a legend like Sibongile Khumalo‚” she said.

The iMbokodo Jazz festival will be held at the Durban Exhibition Centre on Saturday.