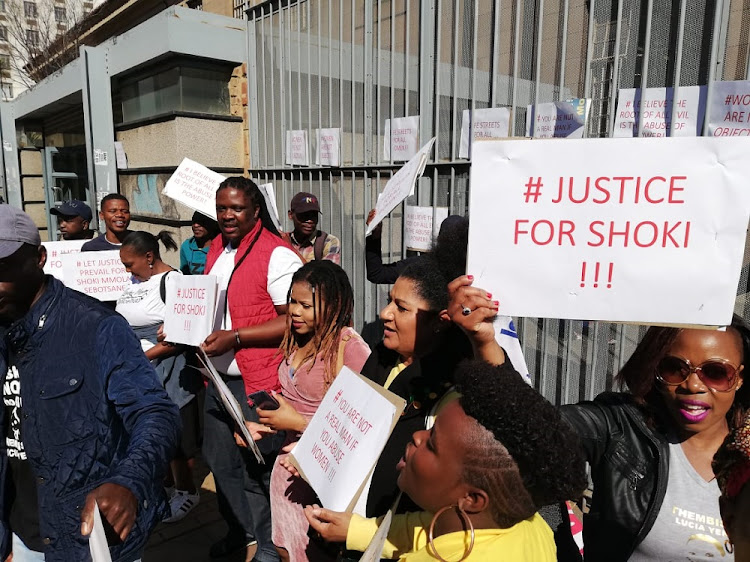 The trial of former television power couple Shoki and Sello Sebotsane is currently underway in the Johannesburg Magistrates court.

The couple made headlines two years ago when Shoki accused her former Stokvel actor husband Sebotsane of physically abusing her during their ten year marriage.

Sebotsane is charged with domestic violence and assault with intent to do grievous bodily harm .The case was opened in 2016 at Mondeor police station in Johannesburg.

Dressed in a black suit paired with a black shirt, Sebotsane stood tall in the dock with his hands placed in front of him before the trial started.

The actress sat quietly, surrounded by friends, as she listened to the court proceedings.

A social worker who assessed the couple’s eldest daughter is expected to be the first witness today.

The courtroom is packed to capacity with some people sitting on the floor.

Meanwhile, a small group of protesters who came to support the actress have started setting posters up outside.

Women dressed in ANCWL colours are also in court.

Star, who opened case against Sello in 2016, finally gets her day in court.
Entertainment
4 years ago
Next Article